Matrix teams are a common method of staffing projects. Just like many other areas of project management, they have their benefits and their challenges. Let us discuss some of the pitfalls in using matrix teams on projects.

Money is not needed to save the world

Only in fiction can this be true; in the real world, not so much. Typically, matrix teams are formed using internal company staff.

If a software engineer, we will call him “Neo”, is needed on a project, then IT is asked if Neo can be assigned to the project. The downside, of course, is that when a price of a project is estimated, the ‘cost’ a company is ‘paying’ Neo to be on a project is ignored in many cases.

However, our friends in finance will be happy to explain that Neo’s cost to the business is anything but free. Not just his salary, but benefits, vacation, etc. all should be added to the project’s costs when a project budget is determined.

If this is not done, then the company has no idea if outsourcing the project might be cheaper than using an internal team. After all, if the internal team of super heroes has no cost, then no money is needed to do any project, including one that is saving the world.

Please choose the “red task” or the “green task”

Another commonly overlooked issue with using matrix teams, is if our software engineer “Neo” is busy working on Project A, what is he not working on that could be as important, or even more important? The official term of this dilemma: lost opportunity cost.

As people’s eyes start glazing over at some point in project-budget calculations, it is not surprising that this topic falls off the radar. If it is hard to create a project budget where a lot of data can be known, it is even harder to try and come up with scenarios of things not being done, much less the costs involved.

These costs should, however, be at least be given a rough estimate, so assignments of staffing can be made in ways that will improve a business as efficiently as possible. So if the “green task” is chosen, it makes the most sense, versus finding out much later that the “red one” would have been better.

Which reality is ‘really’ real?

The real downside of using matrix teams is, what are the people who are part of this type of team really doing?

The company decided there was enough work to justify hiring Neo, our software engineer. He is now fully engaged in doing his job at 40+ hours-per-week. Now a project comes along that needs Neo’s skills for 20 hours a week for three months, approximately 260 man-hours. What happens now?

One of two things could occur. One reality is Neo is very good at his job so the project team wants him, as he would be a good asset for the project. The other reality is Neo is not that good. Neo’s manager assigns him to the project, as that will impact the organization’s operations the least. Of course, how Neo feels about all of this may be a different reality than either of the aforementioned.

Time has no meaning

In fiction, things that would take normal mortals months or even years to do, can be done in just a few minutes. While some may think this time compression can work for matrix teams, it cannot.

If, as noted above, Neo was hired to do 40 hours of work without any project work involved, where does Neo find an extra 20 hours to work on the project? This assumes that Neo still has 40 hours of regular work to do. If Neo is a good worker, then he will try and fit both in.

Typically this would mean Neo working longer hours, so maybe 50-60 hours a week for the three months. If Neo is getting burned out or not that motivated, then something, normally the project, will not get his full attention. This means that the project could have delays, possibly cost overruns, etc.

If this is escalated to Neo’s manager, there could be many reasons given why Neo is not working on the project as needed. Higher priority work, outages, etc. could impact Neo’s efforts on the project. All of which could be perfectly valid or not.

It could even be that at the time the project started, Neo had some extra time available, so working on a project kept him fully engaged. As course of the project went on, however, other demands arose and the extra time he had within a ‘normal’ work week vanished. So regardless of the best intentions by all involved, time for Neo had to be expanded, versus being compressed.

Can these pitfalls we have discussed be avoided or reduced when using matrix teams? Yes.

Proper planning, understanding of the real time constraints of employees, etc. can all help when developing a project using this model. Keep in mind though, each project should be carefully evaluated as to which will work best, dependent upon who the model is for: the business, matrix, outsourced, or some combination.

After all, when the fate of the world is in your hands, you want to make sure you have the right team, make the best choices, and the project path fits constraints of the real world. The ‘real’ Neo would not want it any other way.

Russell Harley is a veteran project manager and PMO director, passionate about helping organizations embrace world-class project management practices and “climb out of the quicksand” in terms of gaining control over complex, ever-changing project portfolios.

The best practices he advocates stem from key learnings acquired from his M.S Degree in Project Management, combined with over 20 years of hands on project management experience in the high technology, telecommunications and clean-energy sectors. For more information on Russell Harley visit www(dot)linkedin(dot)com/in/russellharley or email russellharley(at)thepmoview(dot)com.

About Reader Contributions: The StartUp Beat ‘Reader Contributed’ section is an opportunity for anyone to contribute to the conversation about startups. We accept opinion pieces, press releases, infographics, and blog posts. The idea is to allow all of StartUp Beat’s readers to contribute outside of the main news, features, and guest columns sections of the site, and to allow companies that have product news announcements to post them. Note that contributions are lightly edited for grammar or spelling errors, but are not be subjected to careful editing like the pieces in the site’s main sections. Also note that although submissions are selected and curated by editors, StartUp Beat is not responsible in any way for any of the content published in the ‘Reader Contributed’ section—that is solely the responsibility of the individual author.

Would you like to add to the conversation? Reader Contributed section submission guidelines: http://startup-beat.local/guidelines-reader-contributed-section/ 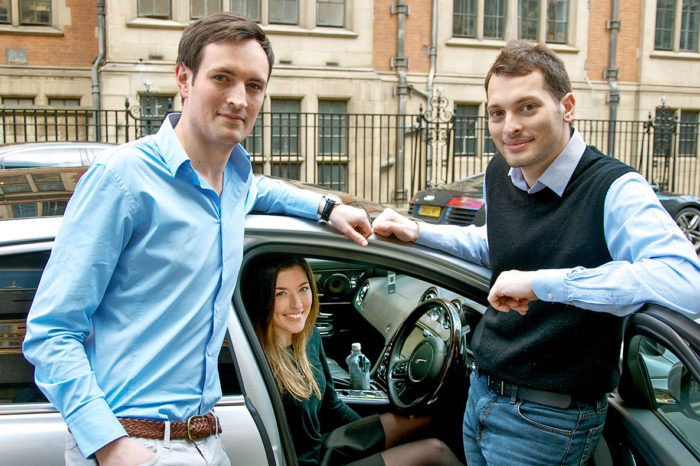