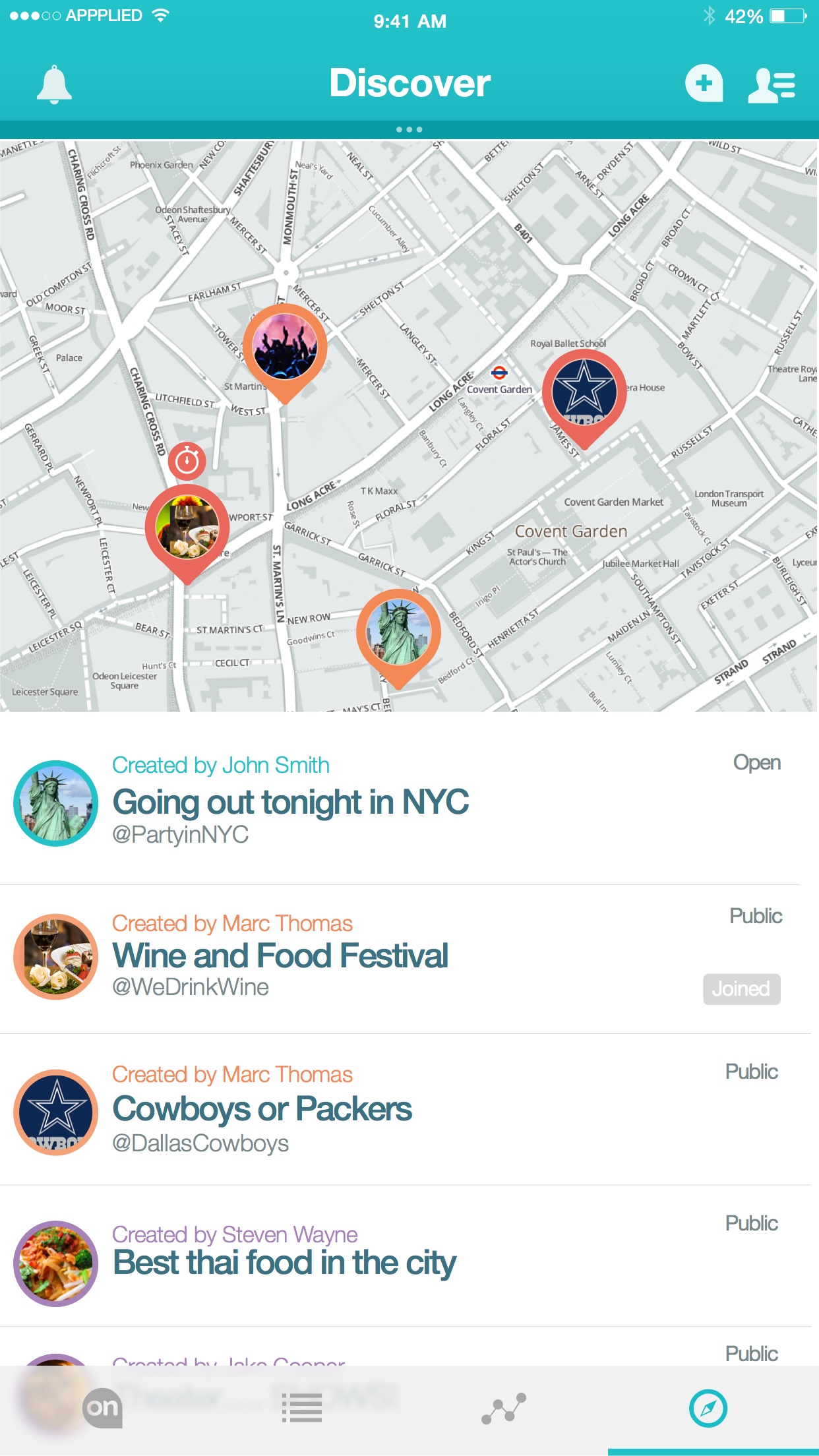 A Q&A with onLoop co-founder and CEO AK Sands. The Los Angeles-based messaging startup launched out of beta at the South by Southwest 2015 show earlier this month. It was founded last year by Sands and Jacob Heinz.

Sands: onLoop is an open social messaging network that behaves the way you do in the real world, so its more natural.

The way it works is you create a subject called a ‘Loop,’ you then can assign features to it such as making it public or closed, read only, or set to self-destruct. People can then join the Loop and the conversation flows from there.

When you’re on a Loop, if there’s someone you want to have a one-on-one private conversation with, you can connect with them and form a ‘subLoop,’ which are ephemeral conversations that can be deleted by either party. Because of the nature of the subLoops, we’re seeing a much more natural and free-spirited type of connection between the people that are on it.

Relationships you make onLoop tend to be deeper and more substantive. Interaction and engagement on onLoop is rich because its done with multimedia, while being able to freely jump back-and-forth between different Loops is similar to being at a really cool party—there’s a lot to stimulate you.

Sands: Our initial target users are between the ages of 18-to-30 years old. We have a diverse marketing plan with a focus on not only universities, but are also campaigning as a lifestyle choice, so we’re targeting music, fashion, fitness, dating, and so on.

Our rollout is starting in the U.S. and will then progress to Mexico in April. Once we’ve generated enough adoption, we’ll open up to Europe, Latin America, and then Asia.

SUB: Who do you consider to be your competition, and what differentiates onLoop from the competition?

Sands: Our competition is substantial, and they are all very well entrenched. Any social network such as Facebook, Instagram, Twitter and Snapchat would be competitors. Also messaging apps such as WhatsApp, Slack, and comment platforms such as Disqus would be competitors as well.

What sets us apart is that we are subject-based and have a very unique flow. Current social networks focus on people that you’re connected to in your network as the center point. We feel it should be based on a subject. For example, when you want to do something, you typically think: “I want to go to a movie”, or “I want to workout,” or “I feel like eating Chinese food”. Our tendencies move towards subject-based actions throughout the day, so we’ve tried our best to mimic this. Our initial user feedback has validated that we’ve taken the right approach. We’ve also reworked how you meet people. We bring people together over a common interest. Through that interest you then meet and become friends. It’s longer-lasting and deeper when done this way.

Connecting people through a mutual relationship didn’t seem like it mimicked real life, so we didn’t go with it. If you look on Facebook, for example, you’ll see people with hundreds and thousands of friends, but they may only know a very small percentage of them. So, they’re sharing all this information with people they don’t really know. We didn’t see the logic in that.

SUB: You announced your launch at SXSW 2015. Was this a launch out of beta?

Sands: We were in beta for two months before the launch. We received an approval from the App Store only two days before, so it really was very fortunate how things worked out.

Sands: We have not raised outside funding yet. We will start looking to do so in April.

SUB: What was the inspiration behind the idea for onLoop? Was there an ‘aha’ moment, or was the idea more gradual in developing?

Sands: There was an ‘aha’ moment when we thought that there had to be a better way than regular SMS to do group sharing. This then led to 13 more months of gradual development and refinement to come to the finished product.

Sands: We have a background in business, marketing and development. So we rolled our existing team over from another company and hit the ground running. When we started development, we engaged a local company in Los Angeles and then ended up acquiring their key personnel as well as part of an acquisition.

Sands: It’s actually quite a good one. We couldn’t come up with a name for weeks. My partner, Jake, was at a convention in Las Vegas. He’d had one too many the night before. In the morning, while weathering a blistering hangover, a name presented itself: ‘Loop.’ We loved it, but unfortunately had a tough time getting a URL and a trademark registered for it. We were, however, able to get ‘onLoop.com.’ So, we thought we’ll just run as Loop anyway. However, when it came time and we first applied to the App Store, we were rejected because there was already another Loop. So we thought about positioning as well, and decided to go with ‘onLoop’ since we had the URL—which, incidentally, has now grown on us and when you search for onLoop, we’re the only one.

Sands: Getting the product launched and refined. Getting it right and not getting too feature crazy. Having a strong balance between functionality and ease of use. Now we’re onto marketing.

Sands: We have numerous revenue plans. We intend to have in-app purchases for things such as stickers, gifs, sound packs and then packs. We also intend to use our content to push traffic to sites. We’ll eventually get into advertising as well when our user base is substantial enough. At that time, we also plan on rolling out pay-for-access Loops.

SUB: What are your goals for onLoop over the next year or so?

Sands: To build a large user base and become profitable. To have a global presence. 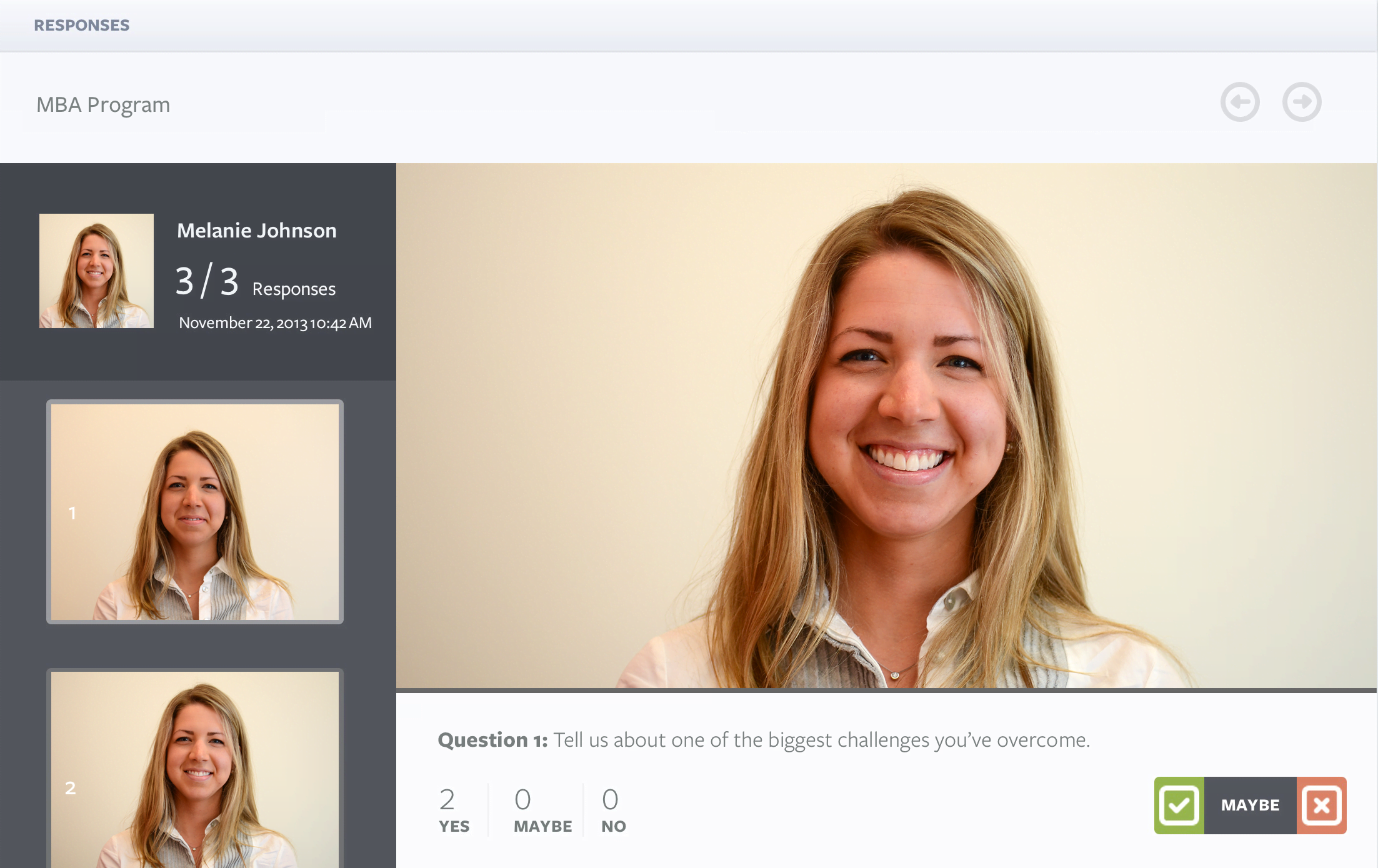 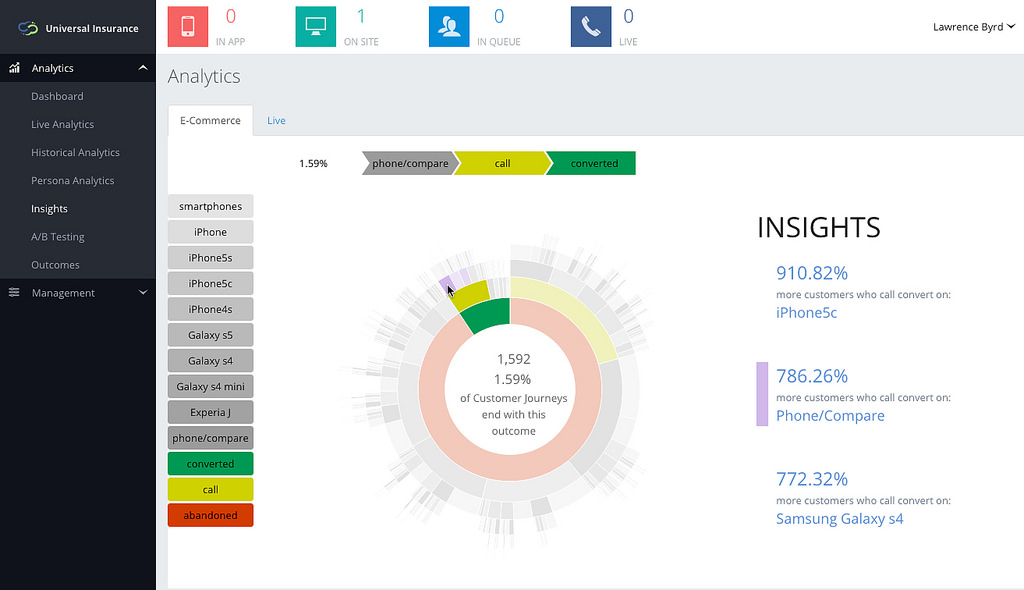