With a significant new funding round completed, Paracosm is working to make the world robot-friendly

Williams: Paracosm is focused on bridging the gap between human and machine perception so that our devices can have a shared understanding of our world, allowing us to interact with our technology, and our world, in new ways.

Paracosm has developed technology that generates 3D maps of real spaces using low-cost 3D sensors. This empowers developers to create new experiences for their users leveraging this new, shared understanding our devices can have of the space we are in.

Williams: We’re aggressively pursuing manufacturers and developers in robotics and mobile devices. The next generation of hardware will have on-board 3D sensors and we know we can leverage these sensors to give these new devices the world model they need to enable developers to create the next generation of augmented reality (AR) experiences.

SUB: Who do you consider to be your competition, and what differentiates Paracosm from the competition?

Williams: 3D scanning technologies have existed for some time now. There are many companies doing 3D scanning using various equipment, from laser scanners to sensors very similar to the ones we use. There are also many companies that are already entrenched in the AR space. But we feel there isn’t anybody who’s straddling the two technologies quite like we do. We have experts in computer vision, machine learning, cloud processing, and even interaction design. We believe we are uniquely positioned to bridge the gap between the physical and digital worlds.

SUB: You just announced that you’ve raised $3.3 million in Seed funding. Why was this a particularly good time to raise more funding?

Williams: We know that the next generation of handheld devices will be coming to market, and that they will have 3D sensors. But they aren’t in people’s hands today. So, we need to maximize this time to hone the technology, make it as powerful and as easy-to-interface with as possible, so that when these devices launch, developers are empowered to create deep and meaningful experiences with this new data, rather than shallow ones.

Williams: The funds will be primarily for acquiring new talent, which will likely necessitate a larger space. It’s basically for giving us the freedom to develop the best possible technology for our target markets. We’ll be working on raising Series A in the future. These things take time so we have to start early.

SUB: What was the inspiration behind the idea for Paracosm? Was there an ‘aha’ moment, or was the idea more gradual in developing?

Williams: It was more like the slow hunch. Amir came to me in the late summer of 2012 and pitched this idea: “What if we could 3D-ify the world? What if a kid in the Bronx could visit the Taj Mahal on his iPad? Like really visit it. Not ‘Google Earth visit’ it. But really feel like he were walking the bazaar?”

The next months were spent figuring out just which research and which sensors we could pull together to get the most compelling results. It soon became obvious, probably sometime in mid-2013 that reconstruction was just the beginning. Shared perception between humans and machines was where the real magic was, and now we’re very targeted in delivering that magic.

Williams: We spent a good few months in super stealth mode where we didn’t even tell local startup friends what we were doing. We were pouring through academic articles and technical white papers, playing with various sensors and cameras, trying to combine all these little pieces into some kind of promising result.

I spent a lot of time making mockups like: “It would look like this, it would feel like this.” And our marketing people would go around asking people from various industries, from real estate to BIM to simulation: “Do you want to buy this?” We got a lot of strong signals that people indeed wanted low-cost handheld 3D reconstruction, and we put everything into getting there.

Williams: We were all sitting around trying various permutations of words related to vision, 3D, worlds, etc.—throwing them in-and-out of translators, truncations, and so on. We looked at the history of how other companies came up with their names. It got exhausting. Somewhere there is a spreadsheet with all of our different names and how we ranked them. Then one day, Amir was snooping around and the word of the day—I think it was on his laptop screen saver—was “Paracosm – detailed imaginary world created inside one’s mind.” And it was just perfect.

Williams: Being at the forefront of a technology that doesn’t quite have an immediate market has been pretty challenging. We’ve had to say ‘no’ to a lot of promising verticals because, while there are a lot of people that want the kind of results we can produce, they are more interested in the data itself than in how that data can be harnessed to produce powerful new interactions and experiences—and that’s what we are really passionate about. So, we’re sort of these lone scouts into this uncharted territory of deep AR, waiting for the rest of the party to catch up.

There’s also the pretty confusing cognitive bias VCs seem to have against investing in companies that aren’t in the ‘established’ startup hubs. You would think that living in a global economy with instantaneous communication vectors would make physical location irrelevant. But it just doesn’t work that way yet. Despite being in a great little town with a low cost of living, comparatively, located next to a great talent base and resource hub (in the) University of Florida, some VCs just can’t get behind a tech startup that isn’t in the Valley. When we opened an office in Cambridge, it suddenly got much, much easier to raise funds, even though our pitch was exactly the same. I suppose I should be comforted, our human bodies still matter—the machines haven’t won yet!

SUB: What are your goals for Paracosm over the next year or so?

Williams: We plan to keep exploring, keep learning, keep testing. When the next generation of devices land in consumer hands, we want to be sure we’ve got the right data, the right interfaces, the right tools to empower developers to make those new devices meaningful. 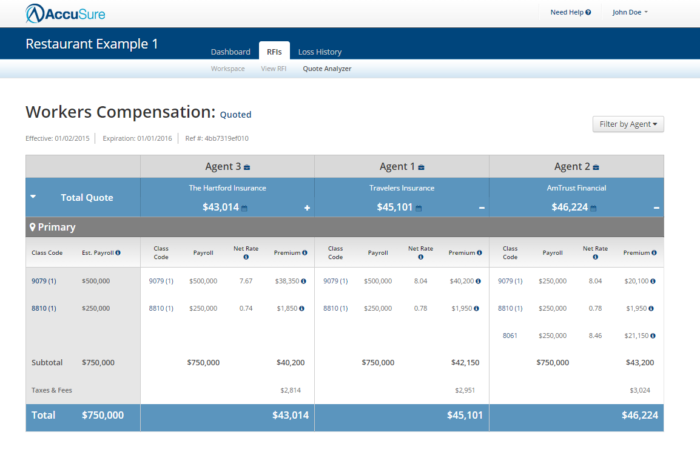 With a significant new funding round completed, Paracosm is working to make the world robot-friendly