With a fresh $1 million in funding, Promoter.io launches with the goal of giving companies more insight into actionable customer loyalty 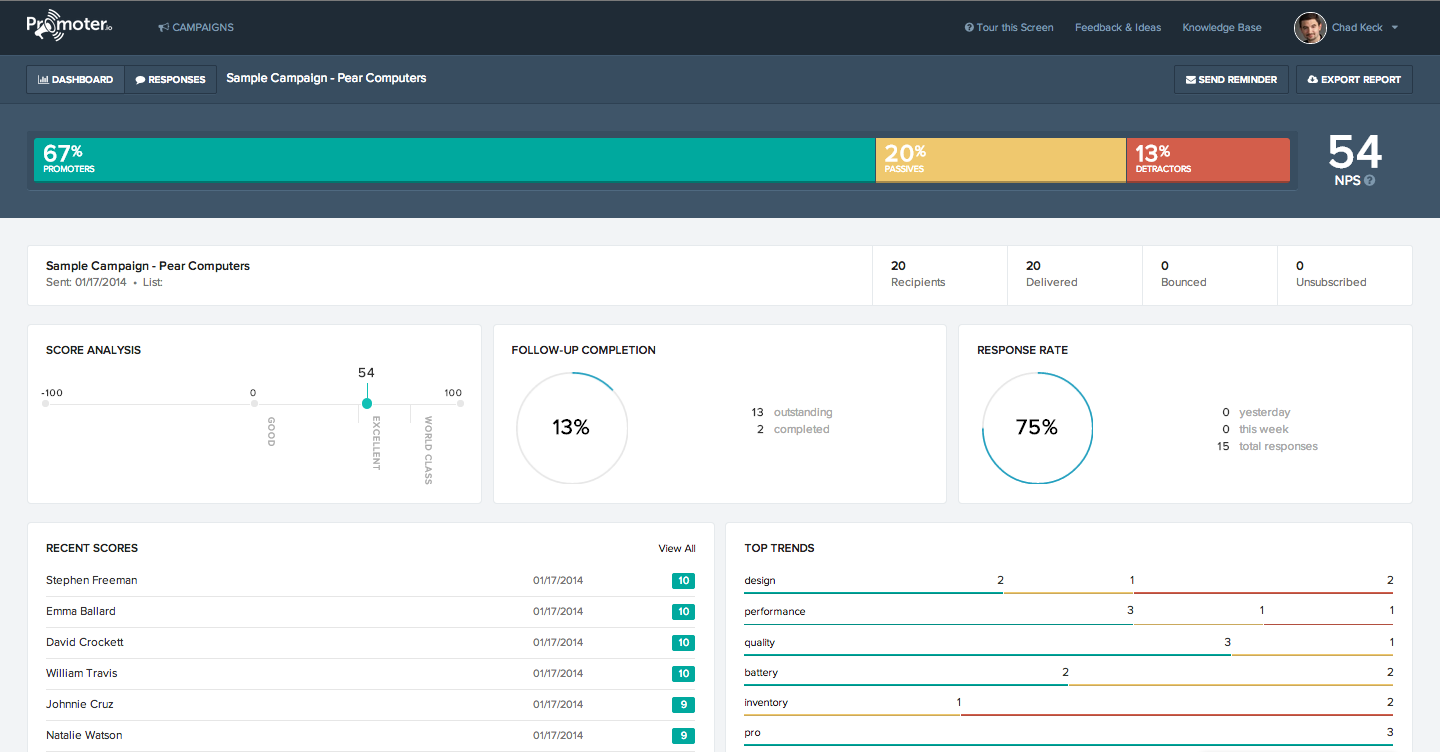 Keck: Promoter.io is the most comprehensive customer insights platform built around the concept of the Net Promoter Score, a measure of how loyal customers are to a company or brand. Net Promoter—otherwise known as NPS—has been used for nearly a decade by the world’s top brands, but its implementation has either proved cost prohibitive or too time-consuming using various tools not built for the job. Promoter.io is the first self-service tool that encompasses all aspects of Net Promoter so companies can easily track customer loyalty regularly, engage with their customers to drive more recommendations and referrals, and ultimately drive revenue growth.

SUB: Who do you consider to be your competition, and what differentiates Promoter.io from the competition?

Keck: The primary competition isn’t in the form of another company—it’s in the less meaningful metrics that companies more regularly tend to measure, or those who do nothing. Once a company understands the value of a loyal customer compared to a passively satisfied customer, the tooling becomes incredibly important.

There are other software solutions that can help perform basic Net Promoter surveys, but this is just the tip of the iceberg. Understanding how your customers truly feel and what behavior to expect from this sentiment is important, but it’s just the first step. This is where most other solutions stop. Promoter.io helps you dig deeper into the data to spot the trends and themes that ultimately drive this sentiment, as well as helping a company ‘close the loop’ and have a meaningful engagement with each customer who responds, all from one place.

SUB: You just announced that you’ve launched with a $1 million Seed funding raise. Why was this a particularly good time to raise funding?

Keck: Companies are increasingly realizing the importance of recommendations and referrals from existing customers as the best source of new customers and revenue. This has always been the case in business, but as competition increases, this is still the most successful strategy. Loyal customers spend more and stay longer—higher lifetime value. Customers who are referred to a brand by a trusted friend or colleague are more likely to buy, they also tend to spend more, and are less price sensitive and most are profitable from day one because there is little-to-no acquisition cost. This, along with the increasing popularity of the Net Promoter System after years of proven market data, made this a very compelling opportunity.

Keck: We have built a product that is providing a lot of value to our customers today, but what we have is just the beginning. We have some incredible features on the horizon that will significantly increase the value our customers get as well as introducing more automation with existing tools and workflows they already use, turning Promoter.io into more of a turnkey solution that provides daily value to an organization.

Additional funding may be on the horizon as we mature the platform and look to disrupt older platforms in this space, but it’s still early.

SUB: What was the inspiration behind the idea for Promoter.io? Was there an ‘aha’ moment, or was the idea more gradual in developing?

Keck: Previous to Promoter.io, I was the VP of customer experience at a high-growth cloud startup called AppFog. We eventually grew to have over 100K developers using our platform, and NPS was our core customer metric. One of the first tools I looked for was a solution to help streamline the process of measuring and engaging with large segments of our customers on a monthly basis using NPS, but nothing existed outside of the larger consulting firms who help large organizations institute this process. We ended up using about three-to-four different tools to get the job done, which introduced a ton of unneeded complexity and dozens of wasted hours every single month.

Promoter.io is the solution to a very personal pain point that we dealt with for quite some time. While the data and process was extremely valuable, I knew the business world needed a better solution, particularly with so many non-enterprise businesses beginning to look at Net Promoter as one of their KPIs.

The real ‘aha’ moment, however, was when our own customers at AppFog began to email me asking what service we were using to perform our NPS surveys, or asking what style of survey this was—single question, high engagement, etc. After knowing the pain was real for us as a company and that others clearly wanted to do the same, the vision was set.

Keck: I was helping lead an important part of a fast-growing company already, so it wasn’t acted on immediately. About a year after the idea had really set in, AppFog was acquired by CenturyLink, and I decided this was the perfect opportunity to step aside and look at really building this. The process started with a fairly detailed landing page to further describe the stand-alone platform and many conversations with companies I thought would get value out of this service. I also had a number of early investor briefings—not pitches—to collect feedback on the idea, which were all positive. I had also just reconnected with an old high school friend who was looking to venture into the startup world, and the timing was perfect. He is now my co-founder, and CTO of Promoter.

Keck: Our name and brand is tied very closely to the concept of Net Promoter—specifically, understanding what causes a customer to act as a promoter for your company and brand. Satisfied customers are okay, but when you go above-and-beyond to deliver a truly world-class customer experience, the advocacy created from your core group of promoters can spur growth far more quickly—and more profitable—than any other acquisition channel. ‘Promoter’ was simply the most direct and meaningful name we could think of. Companies who are really focused on this behavior, like Rackspace, refer to building an ‘army of promoters.’

Keck: Like many, particularly in the B2B space, it’s about awareness and spreading the word about the brand. For us, the fact that we can provide very clear value from day one is great; we just need more companies to know that a better solution for measuring NPS and customer loyalty exists. That is our number one challenge right now.

Keck: We are already generating revenue and we have a fairly standard SaaS (Software-as-a-Service) business model. Companies sign up directly online and simply choose the appropriate plan for their business, which is determined by the number of surveys they will send each month—this is based on the number of customers they have. Plans start as low as $49 per month and scale to over $1,000 per month.

SUB: What are your goals for Promoter.io over the next year or so?

Keck: We are aggressively pushing to build a profitable and sustainable business, but there is massive opportunity to explore yet. Our main goal is ensuring that we are a known go-to solution for businesses who already understand the importance of customer loyalty and NPS, but to also demonstrate the value to those who might not know better.

There is a huge audience to reach and we will be taking a number of steps to build that audience. We want to help businesses grow faster and more profitably than they ever thought possible, starting with the knowledge and engagement from their existing customers. 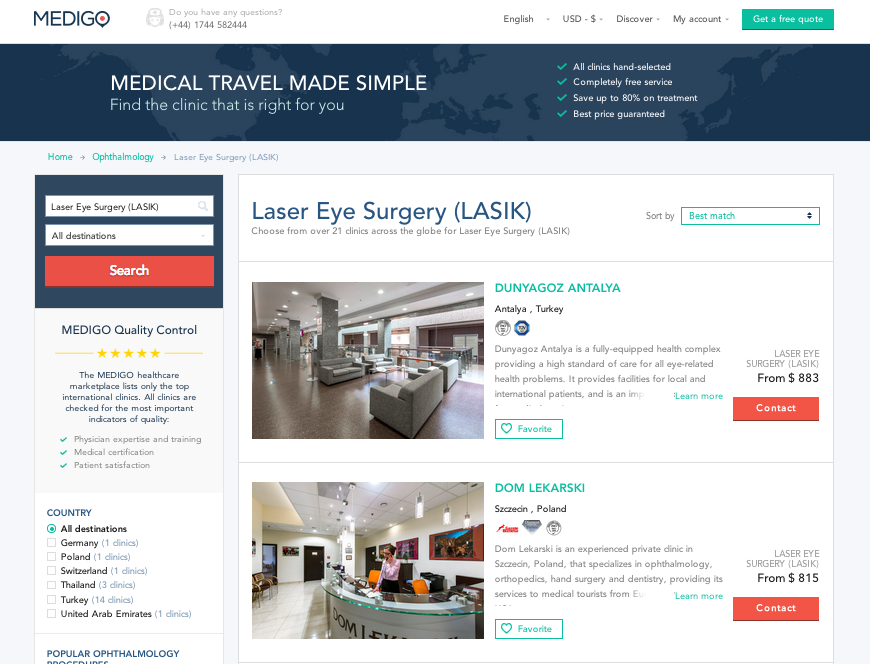 Featured Startup Pitch: With a focus on photos and geo-location, ON.com wants to give people a better way to connect on social media