A Q&A with ShopPad co-founder and CEO Aaron Wadler. The Oakland, California-based startup, which offers a tablet-optimization platform for ecommerce websites, completed a $500,000 Seed funding round at the end of August. Investors include Angels Scott Rafer, co-founder and CEO of MyBlogLog, Lookery, and Lumatic; Arik Keller, director of product at PayPal; Peter Horan, Answers.com COO; Allen Morgan, previously general partner at Mayfield Fund; and Walt Doyle. It was founded in 2012 by Wadler and Ryan O’Donnell.

Wadler: ShopPad is a complete solution for retailers who want to optimize their desktop ecommerce store for the fast-growing tablet audience. With our point-and-click interface, retailers can deliver a beautiful, touchable, swipeable shopping experience in a matter of minutes without writing a single line of code. In doing so they’ll gain customer satisfaction, boost their conversion rates and increase average order values.

Wadler: As you probably know, the iPad is the fastest growing consumer device of all time. Retailers of all sizes are seeing their tablet traffic numbers moving up and to the right every month. Given that we’re living in a world of more devices, keeping up with the fast pace of technology is a serious problem that all retailers face. Tablets bring new considerations in terms of interaction, performance and mode of use that most retailers aren’t equipped to address. Failure to meet these demands means lost sales and revenue, and possibly losing that customer forever when they seek alternatives.

SUB: Who do you consider to be your competition, and what differentiates ShopPad from the competition?

Wadler: Our competition actually comes from competing philosophies on how best to serve tablet shoppers. Since our industry is fairly young, native apps, responsive design, and mobile web are all solutions that every retailer should evaluate when it comes to their tablet strategy. We believe mobile web is the best solution for both the retailer and their shopper. Utilizing the latest HTML5, JavaScript and CSS3, we are able to create a compelling cross-platform experience that combines the best parts of all three solutions.

SUB: When was the company founded, and what were the first steps you took in establishing it?

Wadler: In early 2012 Ryan and I started spending our nights and weekends hacking away at what would eventually become ShopPad. Two months in, it became clear that we would need to fully devote ourselves if we wanted to have any chance of success. So, we both quit our cushy jobs to jump into ShopPad full-time, and we haven’t looked back since.

SUB: What was the inspiration behind the idea for ShopPad? Was there an ‘aha’ moment, or was the idea more gradual in developing?

Wadler: It came from our experiences as online shoppers. We both were captivated early-on by the iPad—it was redefining how humans and computers interact. However, we both noticed that the magic of the iPad started to disappear when visiting ecommerce sites. Ecommerce sites were still using the same paradigm pioneered way back in 1995 and hadn’t been built for a world of mobile and touch devices. Not only that, but the vast majority broke down in very significant ways that meant tablet shoppers would have to switch back to a desktop to complete their purchase. So, it became obvious that if this was a problem for the largest retailers in the world, then how could companies with a fraction of their resources even think of meeting the customer demand?

Wadler: It started as a working title—an obvious portmanteau of ‘shopping’ and ‘iPad’—until we could settle on our ‘real’ name. As it turns out, the more we used the temporary name, the more we liked it. When it came time to draw up our incorporation paperwork, there was only one clear choice: ‘ShopPad Inc.’

SUB: You just closed a $500,000 Seed funding round. Why was this a particularly good time to raise funding?

Wadler: Given that ecommerce is the only trillion dollar industry growing at double digits and mobile is clearly the future of computing, we were fortunate to be well-positioned to raise capital. I’ve also seen a recent preference for B2B startups with a clear path to monetization over consumer plays that rely on mainstream adoption and ambiguous revenue streams.

Wadler: The primary reason we chose to seek outside capital was to accelerate our growth. We’ve been supporting over 10,000 stores with just a team of four, so this new funding will allow us to scale our company to meet the demand.

Wadler: It’s hard to say. Mobile commerce is a $25 billion dollar market, and we have very lofty aspirations for ShopPad. Ultimately, we will raise capital again when it makes the most sense for our company.

Wadler: Since a lot of the work we do really pushes the technical capabilities of what’s possible in the mobile browser, we often find ourselves having to solve problems that no one else has encountered yet.

Wadler: We use the Software-as-a-Service model with pricing plans that scale with our customers. For example, a merchant just getting started in the world of ecommerce may choose our ‘Basic’ plan, which is completely free. As their business matures, we have larger plans for them to grow into with increasingly advanced functionality and customization. On the high-end, we work with our largest customers to tailor an enterprise plan that fits their specific needs.

SUB: What are your goals for ShopPad over the next year or so?

Wadler: It’s a very exciting time for our industry, and we’re thrilled to be a part of it. For us, the next year will be about continuing on our mission to help stores delight their customers while simultaneously increasing their bottom line. 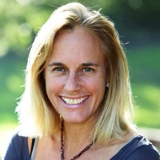 Featured Startup Pitch: Born out of the pursuit of a dream in the face of tragedy, Lucky Penny Press is a children’s e-book publisher with a ‘give-back’ philosophy