A Canadian stumbled upon a miracle hangover cure while drinking heavily on a trip to Seoul and decided to make his own version when he couldn’t find the product in the States.

In South Korea, drinking is a huge part of the working culture and a soju-laden work dinner often carries on into the early hours of the morning, even if it’s a Tuesday. However, almost all of the corner shops sell little bottles of self-proclaimed hangover cure drinks, which are drunk before collapsing into bed. When the next day dawns, it is consequently possible to get out of bed, make it to work before 9 a.m. and maybe even have a productive working day.

Sisun Lee told TechCrunch that he was working as an engineer at Tesla when he started looking into ways to bring the drinks stateside but South Korean companies weren’t comfortable entrusting a total stranger with their precious stock. So, he got in touch with scientists at the University of Southern California to find out whether it was possible to create one from scratch.

With the help of Dr. Jing Liang, a leading researcher at USC on herbal remedies, they found that the key ingredient in the South Korean drinks was dihydromyricetin (DHM), which helps your body break down the negative substances produced by the body after drinking alcohol. They also added other detoxifying ingredients to the drink such as vitamins, electrolytes, and milk thistle. Thus, Morning Recovery was born.

Since being founded in August 2017, the company has grown exponentially and recently received $8 million in financing from various venture capital companies. Lee spoke to Forbes about the boom in popularity.

“It was one of those things where we were quickly convinced that this was a need, not really a want,” Lee told the magazine. “We didn’t have to explain the rationale behind why you should buy – people just understood.”

The drink costs $30 dollars for a six-pack of the 3.4-ounce drink, and Lee doesn’t want to stop there. He told Korea Times of the possible market for the drink, noting that South Korea’s alcohol industry hits $9 billion and the hangover drink industry is $200 million. If you use the same ratio to the US, where the alcohol market is £200 billion, the hangover drink industry could reach up to $5 billion in America alone.

With such a huge market for hangover cures out there, it’s interesting to note how poorly understood the infamous hangover is. It’s mostly attributed to dehydration, so it’s common to witness morning-after-the-night-before sufferers clutching desperately onto their bottle of water, maybe sprinkling in some electrolyte powder in a last-ditch attempt to become a functioning human being.

Although dehydration is part of the problem, it’s only the tip of the iceberg. Vice spoke to Jerrold B. Leikin M.D., Director of Medical Toxicology at NorthShore University HealthSystem to understand what is actually happening in the body.

Alcohol directly irritates the stomach and intestines, causing nausea and inflammation, and also increases the production of gastric acid. The liver creates lactic acid which inhibits the production of glucose, and because you’re feeling so grim the following day it’s difficult to get any into your body past the wall of nausea. But that’s not all.

“As it’s being metabolized, alcohol is oxidized into a substance called acetaldehyde, which makes you feel awful,” said Leikin. “Acetaldehyde is a really toxic metabolite. It’s more toxic than alcohol itself in a lot of ways. If you get too much of it, you’ll feel dysphoric, you’ll start to feel nauseous, your head will start to hurt, and it can exacerbate depression.”

Breaking down these acids and acetaldehyde would reduce some of the symptoms of a hangover, and this is Morning Remedy’s goal, along with giving people more information about the phenomenon.

“We think this is a field that is very misunderstood and very understudied, and we want to close this and help people move from thinking that you just have to drink lots of water,” Lee told Forbes.

This is one of the few products that focuses on reducing hangovers that has any kind of scientific backing. Although the FDA doesn’t allow a product to claim it gets rid of hangovers and morning recovery is touted more as a ‘productivity drink,’ it’s clear that the market knows exactly why it’s there.

A quick Google search for hangover cures ranges from pickle juice to asparagus, to a plate of classic Canadian poutine. Most people browse these websites the morning after, when a person is at their most delicate and vulnerable, searching the back of the cupboard for that long-lost pickle jar.

Put a bit of research and science behind it, and it’s no wonder that people are queueing up to get themselves a fridgeful of the good stuff. 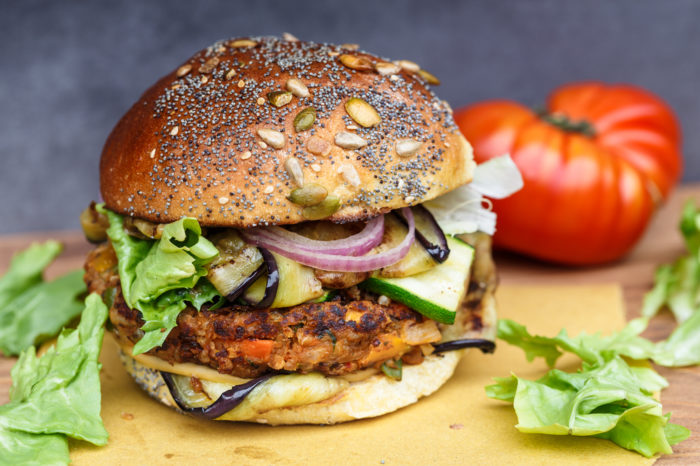