Many marketers and editors alike dream of having their content go viral.

Tim Hinchliffe, who heads the publication Sociable, has had the opportunity to see articles go viral first hand, as many of his articles have. It’s become common to see his articles trending at the top of Reddit, among other networks. This past month an article of his was referenced by US Governor and former Presidential Candidate John Kasich.

I had the chance to sit down with Tim to talk about how content can go viral, and what advice he has for marketers and writers:

CE: A much higher percentage of your articles have gone viral than other publications I’ve seen. Why do you think that is?

TH: It’s really difficult to predict what will go viral, but I have found certain things to be true. It’s about timing and in particular, if you have something new to add to a trending topic. If you can put pieces together that haven’t been done before, it’s a formula I have found that works.

CE: Can you talk more about what you mean by putting the pieces together?

TH: As an example for one of my article that went viral, I had seen something small in NextGov, and I just combined it with something I had read the day before. So learning as much as possible about a lot of topics, it allows you to make these new connections.

CE: How do you find the right topics to write about to optimize your chances of an article going viral?

It’s hard to predict, if you follow industry, trends and news you can get a pulse of where it is leading. Right now cyber security is a big topic. In the senate they are arguing it. Articles that cover organizations that are well known like the CIA, or people like Julian Assange, are more like to be shared.

Wikileaks is reaching out to tech companies to help protect them from the NSA and spying. We’re at a point now where consumer products are supposed to be helping our lives, but they are also extremely vulnerable.

In general, you have to know some of the background the news and stories, and then finding an angle on existing news. It’s already in the mind and consciousness of people; they are aware of what’s going on. CE: In some ways it reminds me of the Daily Show, in that the audience is already somewhat familiar with the topic.

TH: Absolutely. Breaking news can also go viral, but you have to have first-hand knowledge and a source, which is harder.

CE: How do you think people can best go about building sources?

CE: Which platform shave sent you the most visits?

TH: I have found that when I post articles, that it has never gone viral. It really has to come from the community and be organic. Everything that has gotten traction on Reddit was submitted by someone else.

Things that go viral can be really hard to plan, for example the recent BBC interview where the family walks in on the father speaking. You can’t plan that.

At the same time, it can be engineered. The million dollar shave club is an example. Anything that is controversial; it seems like something that is universal is that some thing people can relate to.

If you write with passion over something interesting and it really appeals to your audience, then it will catch on. The other way is to know there is a large audience and to cater an an article to that. I find the former is better.

CE: Why do you think that is?

TH: Because when you write for other people, they can detect that. It stands out. It might get an initial push but it doesn’t last very long. 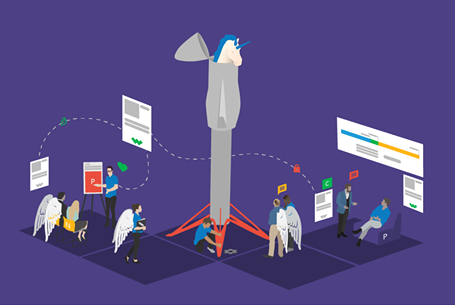