TechCrunch has announced that it is extending the deadline for startup applications to its Disrupt London event until October 13. Interested startups should apply here.Startups that compete in TechCrunch Disrupt have a great opportunity to present your company to the best and brightest entrepreneurs and investors in the world. They will be the ones to give amazing, insightful feedback on how to sculpt your product or service in to something even better.

The company that is announced as the champion of TechCrunch’s Startup Battlefield receives £30,000 and the coveted Disrupt Cup. With absolutely no fees, equity or otherwise, to participate in the Startup Battlefield – and also a killer scholarship offer – there is really no excuse as to why you wouldn’t apply for this contest (so they say).

The event goes out on live video stream and attracts around 1 million views. Overall – after the live views – TechCrunch Disrupt gets around 10M on video. As a competition it is an astounding platform from which to promote your business as there are also a ton of external media and press that are invited to cover the single stage event.

Since 2007, the 610 companies that have taken part in TechCrunch Disrupt’s battlefield have raised more than $6.1bn. A further 78 have exited. The event boasts notable alumni that includes now household names such as Fitbit, Venmo, Postmates and more.

Disrupt London is on from December 5-6 at Stratford’s CopperBox Arena. Full details on eligibility can be found here. Now, make the most of that extended deadline and get applying. Good luck to all the would be competitors out there.

Publicize announces the launch of Publicize Zero, a platform to help businesses get meaningful media coverage 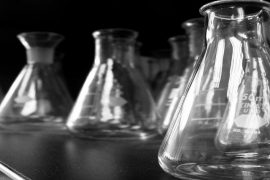 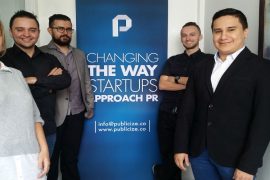 Lightning Pitch: Chipolo, the accessory to locate your belongings