The Grid is a new, artificial intelligence-based approach to DIY web design

A Q&A with The Grid founder and CEO Dan Tocchini. The San Francisco-based startup, which offers an artificial intelligence-based website builder, announced in December that it has raised $4.6 million in Series A funding. Investors include AME Cloud Ventures, and Angel investors that include John Pleasants, Greg Badros, and Nick Roach.

SUB: Please describe The Grid and your primary innovation.

Tocchini: The Grid is the first artificial intelligence platform for designing websites. So basically, you throw content in—images, videos, text—and the output is an elegant website that’s as easy to update as your Facebook page. But it’s constantly evolving and improving itself, trying to figure out the best possible layout—to go beyond what’s possible with drag-and-drop builders.

Our technical innovation is in the application of machine learning, constraint solvers and other Computer Science gems to web design.

Tocchini: Our initial market is the doers—the creatives, the artists, the entrepreneurs—people who have the most immediate need for great, responsive websites that don’t cost an arm-and-a-leg. But The Grid isn’t just for businesses, it’s for humans who want more than a cookie-cutter social media profile to represent themselves but for whom a custom website is too expensive and time-consuming. The Grid is a great business tool, but only because it’s a great tool for humans first.

SUB: Who do you consider to be your competition, and what differentiates The Grid from the competition?

Tocchini: Our most obvious competitors are the website builders. When you sit in front of something like Squarespace or Wix or Weebly, you take on the role of a designer. Every image and video has to be manually marshaled into the design. Instead of focusing on the content and connecting with an audience, your time is spent making endless choices about color, typography, and layout—decisions that creative professionals take years to master.

Using artificial intelligence, The Grid automates creative decisions to design a custom website based on the unique characteristics of your content. Instead of getting a drag-and-drop baby-Photoshop, you treat The Grid as the designer. You send your content to the designer, she comes up with some ideas, then sends it back. If you don’t like it, you can say “give me something else,” but you never get lost in details. Even when you’re sleeping, the designer keeps working, trying new design ideas and testing to see which ones work best.

When our customers get on The Grid, it’s an investment of both their content and time. Right now, more people are investing their digital assets in Facebook, Twitter, and Tumblr than website builders. As The Grid scales, social networks will be more relevant competition than website builders.

Social networks have something the Internet has been missing for far too long—the newsfeed. The Grid will bring that functionality to websites by addressing not only the creation of sites, but also the entire network around them, so you’ll be able to follow websites that are created on The Grid as well as websites that aren’t created on The Grid, and you’ll have a newsfeed of all the sites you follow.

SUB: You just announced that you’ve raised $4.6 million in Series A funding. Why was this a particularly good time to raise more funding?

Tocchini: Since launching our pre-sale campaign, we’ve grown in the eyes of the public. In our first couple of weeks, we raised a community of more than 5,000 paid founding members. Now we’ve surpassed 16,000 pre-orders and have become the most successful—non-gaming—consumer software pre-sale campaign of all time.

This was a good time to raise more funding because the public knows us, is aware of our stage in development and knows we are working hard to release the platform.

Tocchini: Salaries. Our team is our most valuable asset. Someone smarter than me once gave me the advice: “Always be fundraising.”

SUB: What was the inspiration behind the idea for The Grid? Was there an ‘aha’ moment, or was the idea more gradual in developing?

Tocchini: Many years ago, after wrapping up a client’s website, my wife lamented: “Why can’t we just throw content in and have it design itself?” That was the simple, brilliant catalyst.

Tocchini: Finding the right team. I wanted to make sure we had the best in design and tech, and we do.

SUB: What have been the most significant challenges so far to building the company?

Tocchini: Emails and meetings, but I’m doing my best to minimize those.

Tocchini: Maybe the movie Tron gave me the idea subconsciously. Or, maybe it was my obsession with books on typography and grid-based design. Either way, ‘The Grid’ speaks to a ubiquitous all-encompassing network, like ‘the Web’ or even ‘the Internet,’ but with layers of relevance in design and power. And, at least according to Google, no one yet owned the term.

SUB: What are your goals for The Grid over the next year or so?

Tocchini: We’re releasing the first version of the product at the end of this spring, which will include core website publishing. Next up on our roadmap will be enabling commerce across all sites. 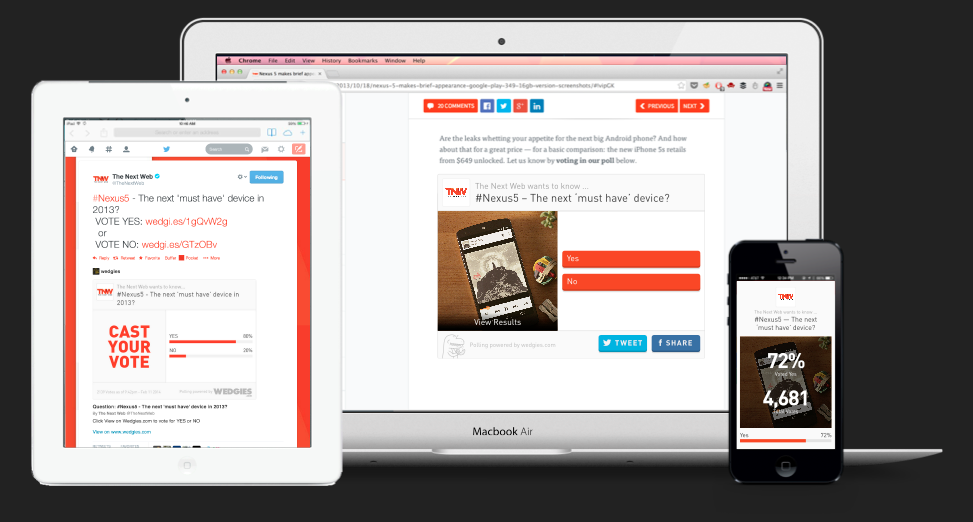