The Lightning Pitch: FluxChargers, for charging on the go

Why we like it: Everyone has a mobile phone. Well technically only six billion people have access to one, but according to the UN that’s globally more accessible than a toilet.

With all these phones floating around in our tech savvy population, there’s a huge marketplace for accessories -phone cases, case decorations, headsets, screen protectors, adaptors, tracker tags, you get the point. But the most important one we’re missing is a mobile phone battery packs. There’s no point in having a phone if just when you need it, you can’t turn it on.

Flux Chargers is a sleek power bank with built-in cords to charge any iPhone or Android phone. The basic Flux Charger can give your phone 1-2 full chargers with its 4000mAH and can power up an iPhone from 0 to 100% in just about an hour.

While this is the most useful accessory you can have, it can also be one of the bulkiest. You really will look like a geek if you have cords protruding from your bag and a bulging pocket with gadgets falling out. With the Flux Charger you can easily sit it behind your phone and slide it into your pocket or purse.

Everyday technology doesn’t stop with just a mobile phone. The Flux Portable Charger has a smart current regulator that can detect whether your device is a phone, tablet or gadget so it can deliver the right amount of current to charge it efficiently. And just a heads up, you can also buy a USB-A to USB-C adapter to charge laptops or other USB-C type phones.

Six million people with access to a mobile phone is a lot of people. If we eliminate China from our global population count, that’s pretty much everyone left in the world. Flux Chargers today is sold in 80 countries reaching a large portion of these people. So with so many countries selling Flux Chargers it’s definitely doing a good job. 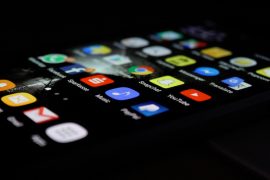 The Lightning Pitch: Moblers, to fix your app building woes 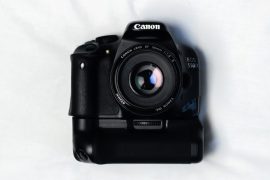