The burgeoning startup ecosystem in Canada is recently gaining a flurry of mainstream attention and more and more eyes seem to be on the country’s hospitable environment for entrepreneurs.

In 2016, over $3 billion in Canadian venture capital deals were made, according to the Canadian Venture Capital & Private Equity Association. This momentum doesn’t appear to be stopping anytime soon, according to some industry players. Here are their takes on what’s fueling Canada’s startup industry.

Ottawa-based Klipfolio is a SaaS analytics dashboards tool with customers in over 120 countries. The company has raised $19.6M in venture funding to date.

Allan Wille, Klipfolio President and CEO, bootstrapped the company for several years and had thought that being acquired by a company south of the border was an inevitability.

“Five, six, seven years ago, I would have thought that an exit will come through an acquisition, and it will most likely happen with a US company.”

Wille points to Canadian startups like Hootsuite and Vision Critical that have “resisted that early exit to a foreign company.”

“I think there’s more of a ‘we can do it here, all the way attitude.’”

Wille says that Canada’s strong talent pool and the foreign exchange market have caught the attention of US companies and investors.

“We have started getting calls from US companies and recruiters to hire Canadians, but not move them to the States. They want to hire Canadians and keep them in Canada, because the salary, especially compared to the foreign exchange market, is way less expensive. I think we’re recognizing that there’s a talent pool and a hiring pool here that we can benefit from, and I think US investors are realizing that as well.”

As the General Partner of Real Ventures, a leading seed stage fund in Canada, Janet Bannister noted she continues to see the quality of Canadian entrepreneurs increase significantly year after year.

“I’m thrilled with what we’re seeing in the entrepreneurial ecosystem, right across the country. And I think of it of something like a snowball effect.

If you have a strong entrepreneur building a great company, it encourages other young entrepreneurs. It also trains a whole group of people.”

Bannister points to Shopify as a success that is inspiring and priming a new batch of entrepreneurs. The e-ecommerce company that went public in 2015 is headquartered in Ottawa and has offices in Toronto, Waterloo, Montreal and San Francisco

“Those people will someday leave Shopify and start their own company or join another fast-growing company, and take the skills and expertise that they learnt.”

Shopify COO Harley Finkelstein was recognized as ‘Angel Investor of the Year’ at this year’s Canadian Startup Awards. In a statement, Finkelstein expressed that his role at Shopify has enabled him to invest in emerging Canadian startups.

Shopify’s leaders may also endeavour to keep their M&A activity domestic, as four out of five of the companies they have acquired are Canada-based.

His career spans decades and it includes various roles within telecommunications companies in Ottawa. The city was widely known as Canada’s epicentre of telecom development until the industry grinded to a halt in the early 2000s.

Lax credits cities being known for a particular innovation as being critical to creating centres for entrepreneurial excellence.

“Canada has a number of strong clusters, and those clusters have enabled certain regions to excel.”

Typically the region boasts a global anchor company that lends itself to attracting like-mind companies and enables it to become a “rich and fertile place for entrepreneurs.”

Lucy Screnci has written about tech, business and startups for the Ottawa Business Journal, Techopia and Techvibes.com. She is currently the editor for Voice of the North and is Digital Content Manager at L-SPARK, Canada’s SaaS Accelerator. 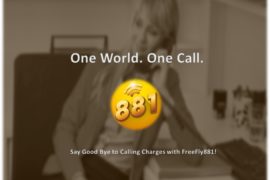 The Lightning Pitch: FluxChargers, for charging on the go 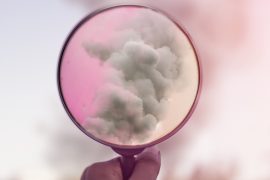