Grossberg: Our target market is mobile game developers and our end-users are mobile game consumers.

SUB: Who do you consider to be your competition, and what differentiates TreSensa from the competition?

Grossberg: TreSensa’s biggest competition is the status quo; the perception that [the] iOS App Store and Google Play are the only viable distribution channels for mobile games. While TreSensa’s platform supports distribution to those stores, we differentiate ourselves from native development and distribution by extending the reach of games built or integrated with our platform to emerging distribution channels that have no cost-per-install or other costly marketing requirements. There are tens-of-millions of mobile game players per month available in the open mobile web, and TreSensa has built a platform to connect those players with native-quality mobile web gaming content. No marketing budget required.

SUB: You just announced that you’ve closed a Series A funding round. How much did you raise?

Grossberg: We raised $2 million in new funding and converted our $1.5 million Seed note into equity as part of this round.

Grossberg: We were somewhat insulated from the institutional funding landscape by virtue of having amazing Angel investors who funded our Seed round and then followed on to fund our A round. Overall, though, we didn’t see a ton of interest from the VC community in mobile web gaming, so from that lens it wasn’t a very hot market.

Grossberg: We acquired a creative and production team in San Francisco to support massive interest we are seeing from brands and agencies to build and distribute branded mobile web games. We are also building out our engineering and ops teams, currently looking for a PHP ninja and a QA/deployment engineer to help scale our distribution platform.

SUB: What was the inspiration behind the idea for TreSensa? Was there an ‘aha’ moment, or was the idea more gradual in developing?

Grossberg: We believe that just as the web helped break down pre-existing content monopolies and became the democratizing force in opening up all sorts of content to the masses online, the mobile web will do the same thing for mobile devices. Our desire to make this happen is our inspiration.

The ‘aha’ moment for us came in mid-2011 when we began investigating in earnest the potential of HTML5 and javascript as the foundation for mobile web gaming. We decided to bet on HTML5 for gaming when very few others did. We then stuck to our guns despite the bashing HTML5 received after Facebook dropped it. The advancements we made and experience we got with HTML5 during that first 18 months have proved invaluable, and has enabled us to take a leadership position in this emerging area for mobile games.

Grossberg: Early on, we spent a lot of time speaking to game studios to understand the challenges of mobile game development and determine where we as a company could add value in the ecosystem. Focusing on supporting the content creators first was key for us. We realized very quickly that there was not much we could do for the game studios that would be impactful within the existing app stores, so we turned our sights on being an early pioneer of mobile web gaming. We have not looked back since.

Grossberg: When we were brainstorming names for the company in early-2011, we kept talking about cross-platform and how to ease the flow of content across multiple channels, including smartphones, tablets, and desktop computers. TreSensa means ‘three views’ in Latin. TreSensa games are supported through a single code base on smartphones, tablets and computers. The three views concept seemed like a good metaphor, the trademark looked clear and the URL was available. Done!

Grossberg: Yes. We are looking to add a few strategic partners to our A round in the coming months.

Grossberg: TreSensa is helping to grow the mobile web as a brand new market for mobile games. In building the company there are elements of the business that are within our control and those that are not. The biggest challenge to date has been dealing with the elements we cannot control, namely how to best time our product offerings to match the market demand for mobile web gaming. The market has been growing, but not always at the pace we would like.

Grossberg: TreSensa has two main sources of revenue. First, for all games built on or integrated with our platform, TreSensa supplies advertising and in-game purchase support, and takes its share of all such game transactions for games we distribute. Second, we have seen a surge in interest in mobile web games from some major brands and media companies like Progressive Insurance, HBO, Nickelodeon, and WWE, and we have generated a revenue stream through game development and distribution services for these brands.

SUB: What are your goals for TreSensa over the next year or so? 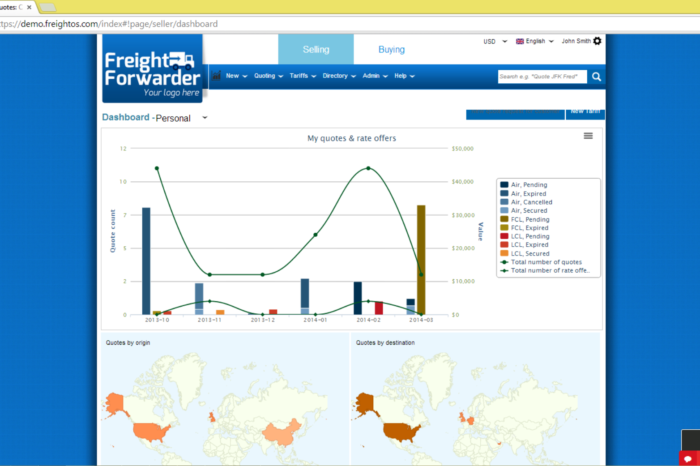 Featured Startup Pitch: Freightos has built a shipping marketplace that automates the routing and pricing of freight from door-to-door