Los Angeles – Check, the social beacon app, distributed beacons in more than 1,000 locations across France, and now reaches an audience of 5 million people per month. The partnership between BeaconsInSpace and Check allows the American company to rent this new network to its app partners to add context and microlocation to their user experience.

Check is a social application that connects nearby users in venues. In its new partnership with BeaconsInSpace, it is providing BeaconsInSpace’s apps with access to its network to power new hyperlocal use cases to BeaconsinSpace. Check is one of the leading social applications in France, and is being utilized with its beacons across over 1,000 restaurants, nightclubs, as well as other social venues.

Boston-based BeaconsInSpace selected Check for the relevance scale and strength of its network in high traffic establishments. BeaconsInSpace provides a beacon infrastructure for application developers: they can create contextual and ultra geotagged relevant personalized experiences. “With BeaconsInSpace’s platform, and the distribution and value of Check’s network, apps can finally add context to their user experience at scale” said Justin Mann, co-founder of BeaconsInSpace.

This new partnership is demonstrating the full potential of beacon technology which allows us to touch the right person at the right place, at the right time. “The Beacon represents the physical cookie that brands were waiting for to break the barriers between the virtual and the real,” said Kevin Crouvizier, co-founder of the Check.

Check aims to provide for Euro 2016 the biggest beacon network in Europe, and target 5,000 connected venues by the end of the year.

About BeaconsInSpace
BeaconsInSpace currently has over 500 apps listed on its platform, and is the first company to provide beacon infrastructure for apps internationally.

About Check
Check is the first social application powered by Beacon technology. The app will be available in more than 5000 venues by 2017. Founded in 2014 by a team of four people from advertising, video games and IT, check revolutionizes social interactions in venues. 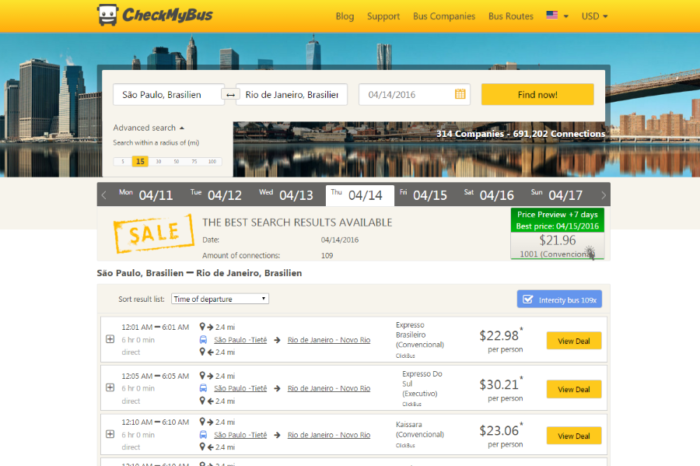 CheckMyBus partners with ClickBus and launches new website in Mexico