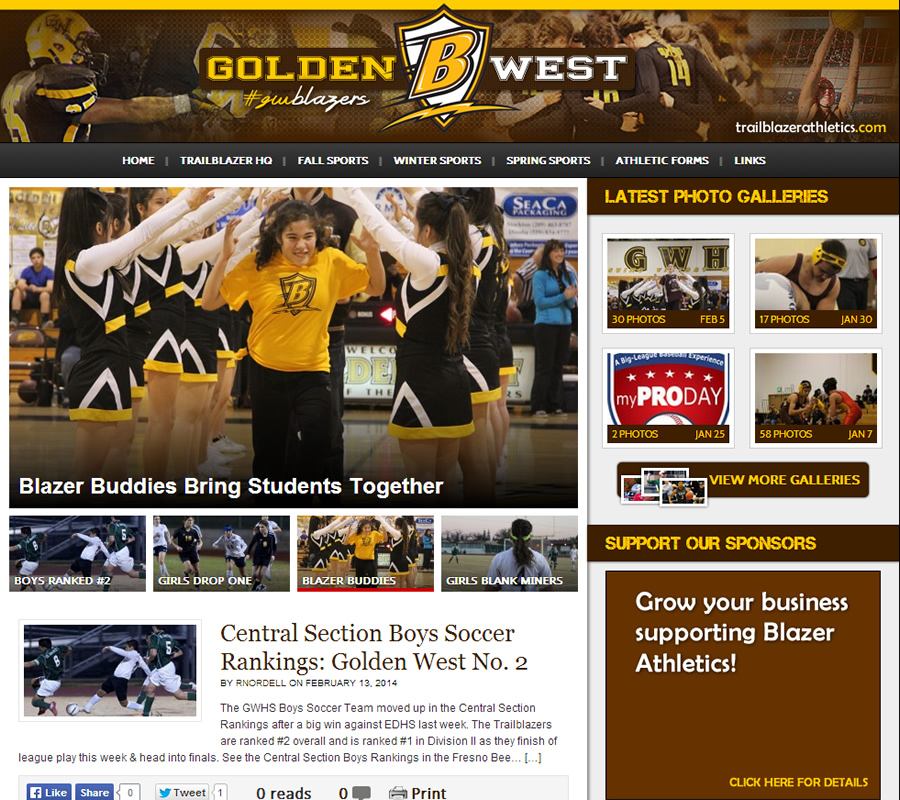 Anderson: I would like to look at Varsity News Network as a set of applications that makes the jobs of athletic departments easier, along with showcasing the achievements of student athletes and the sports programs at each school. This is accomplished by providing schools with custom-built websites that include dedicated sections for each sports program that the school offers. These sections display schedules, rosters, custom information pages, photo galleries, calendars and more. We also provide schools with the ability to reach out to their communities via alerts.

Our most successful application to date is a mechanism that allows coaches to submit scores, stats, and game details using our Pressbox app, which then sends those reports to all of the local media outlets in conjunction with posting the details to their own VNN website automatically.

Anderson: Two different segments. Our applications are targeted towards athletic departments, from the athletic director all the way down to the coaches and volunteers. The other target, however, would be the end user of the websites—those who would view the articles, pictures, pages, and schedules that the athletic department manages through their website.

SUB: Who do you consider to be your competition, and what differentiates Varsity News Network from the competition?

Anderson: Our competition would be other companies that provide athletic websites to high schools across the country. What sets us apart is the ability of our product to systematize the content production process, sourcing content consistently from a variety of engaged stakeholders. The result is that the athletic department can have a collegiate-level athletic website without doing any extra work.

SUB: You just announced that you’ve raised $3 million in Series A funding. Why was this a particularly good time to raise more funding?

Anderson: We have done a good job of spreading out over several states in the Midwest, with heavy saturation in that area, and currently are in 14 different states. The funding allows us to quickly ramp up our plans for expansion across many other regions in the U.S., allowing us to make a big hiring push and bring VNN to areas that we haven’t reached yet.

Anderson: We are also investing in our mobile strategy with a new mobile app or platform on the horizon, scheduled for a first release this spring.

SUB: What was the inspiration behind the idea for Varsity News Network? Was there an ‘aha’ moment, or was the idea more gradual in developing?

Anderson: You could say it was gradual and then we had an ‘aha’ moment. Both myself and co-founder, CEO Ryan Vaughn, were operating regional websites that were tailored to covering high school sports in Michigan. These were news-based alternatives to the newspapers and offered more in-depth coverage that you couldn’t find in that medium. While they were both very successful in building up traffic, the ceiling was limited for sure. While it offered unique coverage not found anywhere else, it was heavily reliant on ourselves to write the articles, take the pictures, etc, etc.

Ryan and I both had the idea that there was something much bigger out there, something that we could develop [for] high schools, an approach that schools could carry out on their own. It was gradual because Ryan and I didn’t know each other and had been doing it for years. It turned into an ‘aha’ moment quickly, when we connected over the phone and in person to discuss a partnership and then discovered we both had similar big picture plans.

Anderson: The company from a funding perspective got off to a quick start due to the fact that Ryan had won a competition sponsored by Rick Devos called Momentum. It was a competition that featured startup ideas from around the state. This gave us the initial boost that we needed to secure hosting, a part-time developer and a cushion to push forward. Once that was set, we started to develop a short-term and long-term strategy based upon how we wanted to build the network and what we wanted to offer to each school. Our first eight schools provided us with a living, breathing case study of sorts, which then allowed us to make necessary changes, knowing what schools would most likely need with an athletic website. This approach gave us invaluable insight that we still use today.

Anderson: The name evolved a bit over the first month. Ryan had come up with the name ‘Varsinet.’ I wasn’t a huge fan and I wanted to bring over one of the names that I was going by when I was covering sports with my own network—‘Legends High.’ Ryan then began to rethink the name and decided to run with ‘Varsity News Network’ during a presentation to an athletic conference, before we really got started. People that heard the name actually said to Ryan that they have heard of that before, which was impossible because it didn’t exist at that time, but that sold it for us. We both liked that name, and the fact that it seemed to be a natural fit with potential customers and fit with our vision made it a consensus pick between us.

Anderson: We’re focused on growth and executing on our plans, not really looking at future funding at this time.

Anderson: When we started, the biggest challenge was not assuming we knew what was best for the customer. We had to go the extra mile and run tests, case studies to really find out what the schools would use and take advantage of. That was a big change from when we were doing things on our own, just coming out with new features on a whim.

As we grew, and especially as we grew from a 40 school network to a 200-plus school network in a relatively short period of time, the biggest challenges became making sure everyone was on the same page. It wasn’t just a company of three people anymore. We now had a full sales team, an operations team and a development team. Staying focused, making sure our communication was consistent and effective, and coming up with daily, weekly, monthly plans became critical so that we could all be on the same page. And if we weren’t on the same page, the communication protocols that we put in place allowed us to decide on what was best for the company, moving forward.

Anderson: A majority of our platform is ad sales based. Our sales team sells ads that are placed on the school’s website. A major plus to the school is that they share in the revenue that is earned from the local advertising that is displayed on their VNN website. We also earn revenue through other channels, such as providing schools with online forms that feature payment processing. Items like fundraising that the schools can do dynamically with their VNN site are in the early stages, along with offering a variety of different add-ons, like school spirit shops, etc.

SUB: What are your goals for Varsity News Network over the next year or so?

Anderson: The top two—growth and mobile. We want to extend our reach across the entire U.S., and the recent funding gives us the ability to do so. We are going to go about our expansion by setting up the same organizational units what we have now in the Midwest. Building local operations and sales teams that will build relationships with customers in those regions, replicating our customer service and sales models that we have now will be vital. Mobile is not only the future but it’s here now, it’s been here. That is why we are heavily vested in getting our current product mobile-friendly on all fronts, including our first dedicated app, which comes out this spring. We plan to keep the innovations coming, but the top two goals are what are going to get us where we need to be for 2014 and beyond. 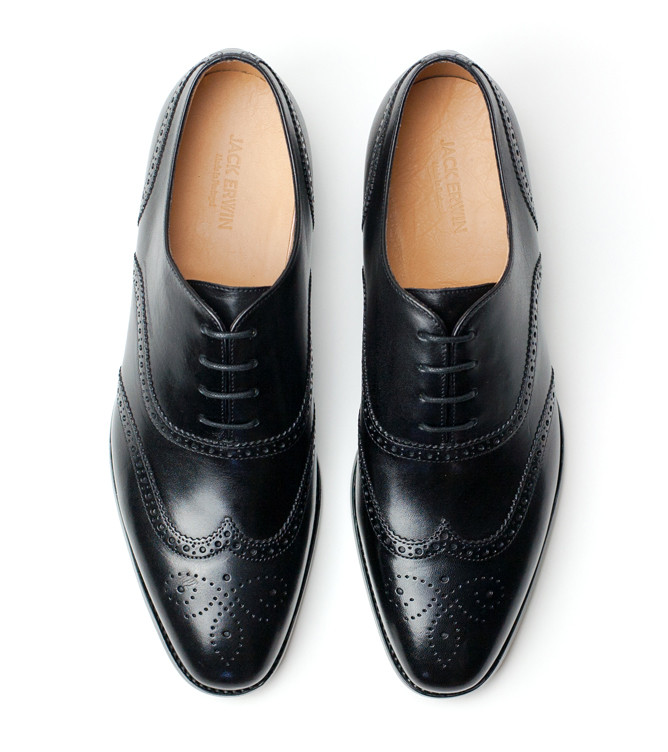 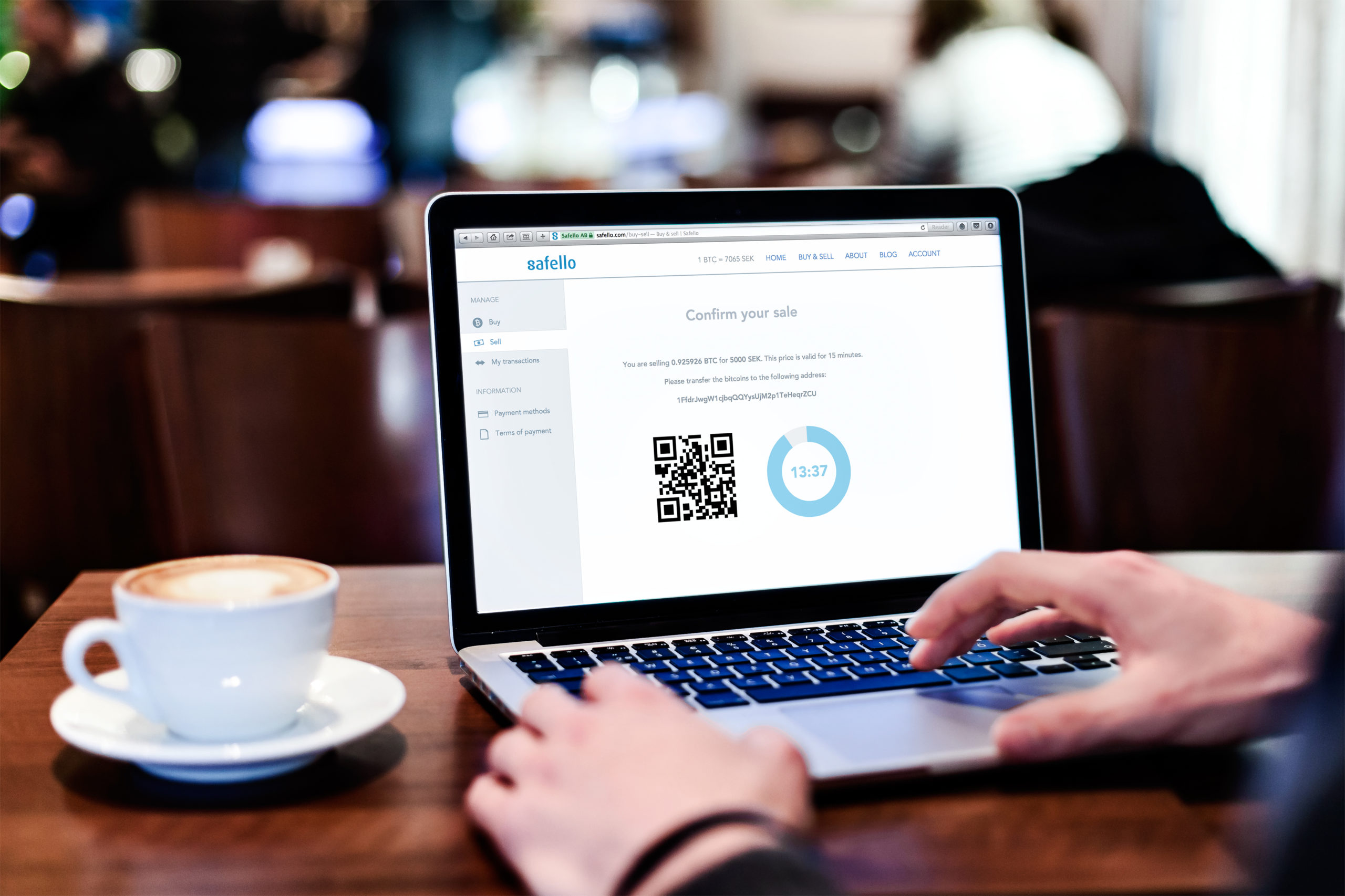