Yes, you read that right. US vegan startup, Canvas, has developed a way to turn leftover beer waste to delicious – I’m sure – dairy-free milk.

Its Kickstarter campaign closed this week and managed to raise almost double its initial goal of $25,000 and instead was able to brew up $47,624 to bring its idea to fruition.

Described as being a team ‘of optimists united by a common goal of saving millions of tons of spent grain to bring better nutrition to everyone’, the startup uses leftover barley from breweries which, in the past, had struggled to dispose of in an effective manner meaning much of it would go to waste.

Canvas has managed to find a solution to this problem, in the form of providing a protein-and-nutrient-rich drink out of the previously unused waste.

Whilst something similar has been done in the past, this was mainly concerned with turning the spent grain into food, whilst other breweries have used the spent grain for compost or animal feed. However, this method was mainly used in the more rural areas of the country.

What urban breweries discovered was that there aren’t all that many farms where they are, so the spent grain would inevitably go to waste. Considering there are more now breweries in the US than ever before, this equals a lot of waste.

But Canvas, based in New York, was more than happy to take on any fast-perishing barley and turn it into something beautiful.

After a year of Canvas’ food scientists working to develop a fermentation process to save the grain and will start selling the product this autumn.

Coming in a variety of flavours; Original, Cocoa, Cold Brew Latte, Matcha, and Turmeric Chai, each bottle will offer balanced nourishment. This includes eleven to fifteen grams of dietary fibre per bottle, as well as eleven grams of complete plant protein which is almost half of your recommended daily fibre

“The beverage is a new frontier in sustainable nourishment,” Canvas co-founder Sarah Pool explained. “Our goal is to turn as much spent grain into ‘saved grain’ as possible to expand access to better nutrition for everyone.”

To reward those who contributed to the Kickstarter, Canvas offered bottles at 50% of the retail price.

Canvas has shown us just one thing that can be done with our food waste, it won’t solve the problem overnight, but it could and should inspire others to think outside of the bottle and maybe stumble upon a genius solution of their own. 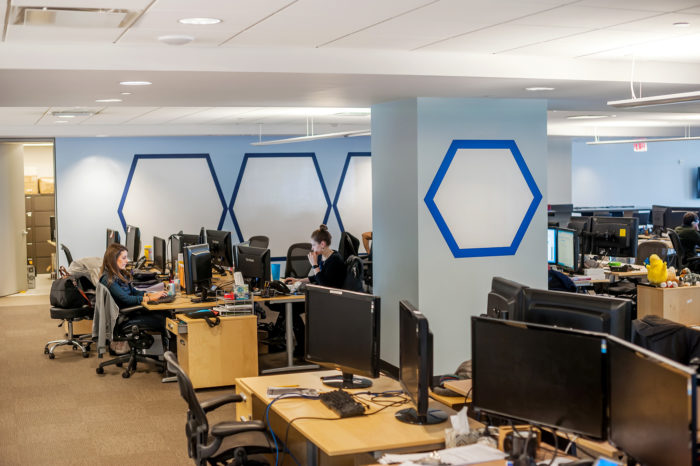