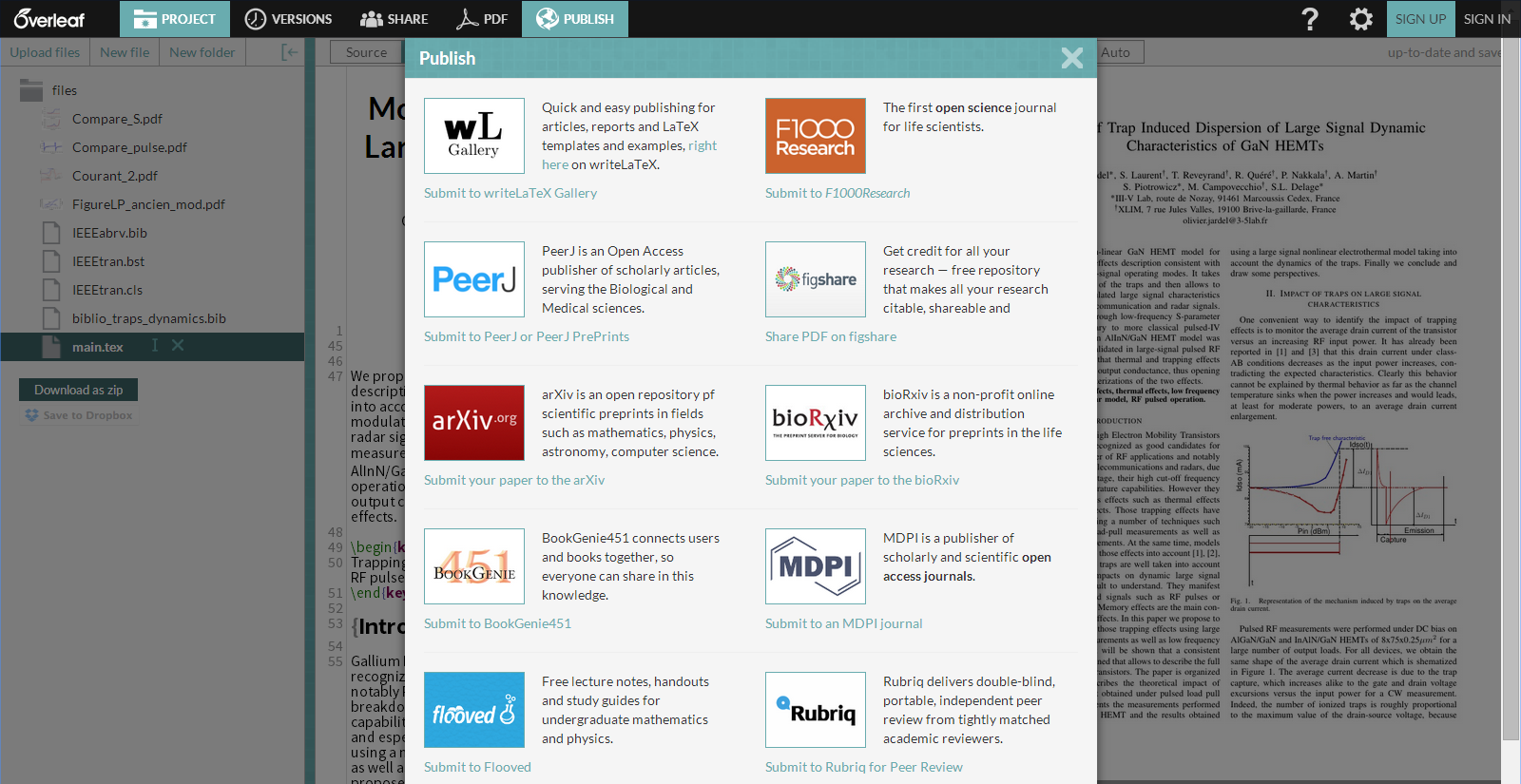 A Q&A with WriteLaTeX co-founder and CEO John Hammersley. The London-based startup, which offers a Cloud-based collaborative academic paper editor called Overleaf, announced in late July that it has closed a Seed funding round (amount undisclosed) from Digital Science, a division of Macmillan Science & Education. The company says Overleaf is currently used in more than 1,000 universities and institutions around the world. It was founded in 2012 by Hammersley and John Lees-Miller, and is a past participant in the Bethnal Green Ventures accelerator.

Hammersley: WriteLaTeX is the company behind Overleaf, the award-winning online collaboration software for scientific researchers.

Overleaf makes science and research faster, more open, and more accessible by bringing the whole scientific process into one place, from idea, to writing, to review, to publication. Used in over 180 countries worldwide, and with over a million documents created since launch, Overleaf is a Cloud-based solution that makes the power of professional typesetting immediately accessible to all scientists and technical writers at all stages of their career.

Hammersley: Our primary market is academic publishing; we provide a suite of services for authors, editors, reviewers, and publishers, to streamline the whole scientific writing and publishing process.

Education is a second key market: We’re the easiest way for anyone new to scientific writing to get started. We’ve removed the traditional barriers to entry—you can literally create your first scientific paper on our site with a single click. We’re finding a lot of enthusiasm for Overleaf from students and teachers—we save everyone time on coursework—and we provide a dedicated online service for educational use.

SUB: Who do you consider to be your competition, and what differentiates WriteLaTeX from the competition?

Hammersley: There are a number of competitors providing authoring tools for scientists, including Microsoft Word and Google Docs, but neither is tailored to the scientific publishing process, as neither provides a sensible way to format a document for professional publication. We combine the ease of use of MS Word with the ease of collaboration of Google Docs, and on top of that provide automatic typesetting in real-time—you see what your final paper will look like as you type.

There are other startups in this space, but this unique combination of features, alongside our links within the academic publishing industry, puts us in a leading position in the field.

SUB: You just announced that you’ve raised Seed funding. Can you disclose the amount you raised?

Hammersley: I’m afraid we’re not at liberty to disclose actual investment figures as Digital Science is owned by Macmillan Science & Education, a privately owned firm. Its approach to investing is to provide the funds for a significant minority investment, typically of a low-to-mid six figure sum, with a view to increasing that investment over time.

Hammersley: We’ve grown rapidly from 10,000 users to 100,000 users over the past year after joining the Bethnal Green Ventures startup accelerator last summer, and we’re building on that momentum with this announcement.

This investment increases our international reach, and will allow us to hire more staff—we’re currently recruiting additional developers and a senior marketing manager—to meet our ambitious target of one million users worldwide.

Hammersley: We are focusing on three key areas: Hiring new staff to further develop the functionality of the Overleaf system and support our rapidly growing user base; building relationships with new partners in research and publishing to further increase our international presence; hosting and supporting events to build and engage the community of researchers worldwide.

The investment from Digital Science provides us with a great platform to do this, and as such we’re not planning to raise additional funds in the near future.

SUB: What was the inspiration behind the idea for WriteLaTeX? Was there an ‘aha’ moment, or was the idea more gradual in developing?

Hammersley: My co-founder and I are both mathematicians, and both wrote our scientific papers using LaTeX, the most powerful tool available for professional typesetting. But we couldn’t find an easy way of sharing and collaborating upon LaTeX files over the Internet, so we were initially stuck with email. Then we found Etherpad—a precursor to Google Docs—which lets you edit a text file collaboratively in a browser, with nothing to install, and it was free. It didn’t have any LaTeX support—syntax highlighting, compilation, figures, bibliographies, etc.—and it was often flaky, but we loved it anyway.

Then Google bought Etherpad and shut it down. The team went on to work on Google Wave, which mostly got integrated into Google Docs, so we were out of luck again. So my co-founder wrote the first prototype of WriteLaTeX over a weekend, keeping the same ease-of-use principles we’d loved so much about Etherpad. And it took off. People found it, we were featured on Hacker News a couple of times, and we realized he’d built something that solved a lot of problems for a lot of people.

Hammersley: Our main focus at the start was on forming links with the scientific community and collecting feedback from our users, to help guide the early development of the system. This allowed us to build WriteLaTeX into a really great tool for scientific authors, and word quickly spread, giving us strong and persistent traction.

Six months after forming the company we joined the Bethnal Green Ventures accelerator program and moved to London, and we’ve not looked back since.

Hammersley: We make it really easy for people to ‘write LaTeX,’ and so from an SEO perspective the name made a lot of sense. Now we’ve developed our service for wider markets, we wanted a name with broader appeal. We spent a long time going through names, and eventually hit upon ‘Overleaf’ as an easy-to-say, easy-to-spell name that retained the link with the writing and publishing industry.

Hammersley: The biggest challenge is always that there is too much to do, and too little time. Through our close relationship with our users, we’ve always had a huge list of ideas for new features, improvements to existing ones, and the possibilities for some really interesting links with other tools and services.

Prioritizing all of these was very difficult, and my advice to anyone starting a new business now is to keep a close eye on what you and your co-founders are spending your time on each week.

Hammersley: We generate revenue through subscriptions—users can upgrade their accounts to gain access to advanced editor features such as track changes and fine-grained access controls, and we’re working with universities and publishing on wider licenses to take the direct cost away from the author.

SUB: What are your goals for WriteLaTeX over the next year or so?

Hammersley: To provide the leading collaboration platform for authoring scientific research, and through building strong partnerships within the publishing industry, deliver a complete solution for academic publishing.

How to know when it’s time to scale your startup 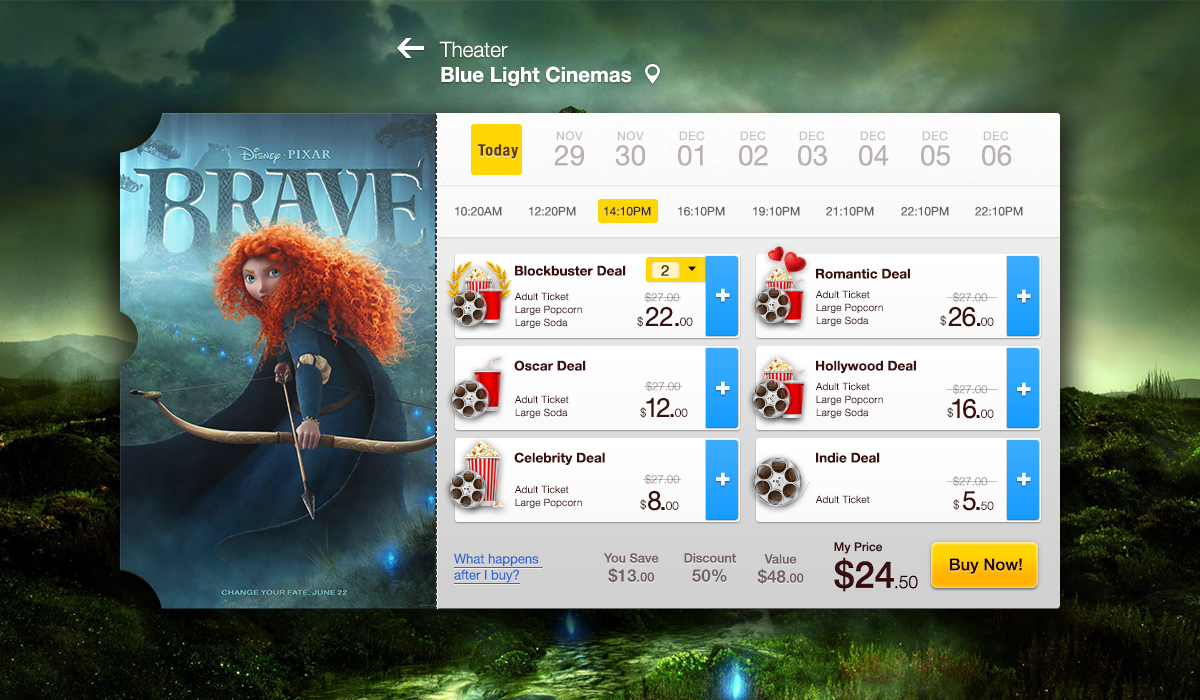