Featured Startup Pitch: Powered by its mobile tech platform, AuctionsByCellular has bootstrapped its way to big growth in the live charity auction business

I founded AuctionsByCellular in May, 2011. My team and I managed 57 charity events that year and grew it almost tenfold 18 months later to manage 500 events. Forty-two months later, ABC has helped over 2,000 nonprofits in 44 U.S. markets raise over $140 million from silent auctions and donations, including the American Heart Association, Ronald McDonald House Charities, and the Cubs Charities.

After graduating from Indiana University, I fashioned a ‘no pain, no gain’ mindset. In 2004 as a trader playing softball at night after the markets closed, a hamstring injury led me to invent the HammY golf putter. Three years later the HammY won a LPGA tournament by Natalie Gulbis, globally ranked 58th in putting, who moved to number three using this game-changing putter.

Never sitting still for long, I bought two Sprint stores in 2006 and grew this investment to seven stores in two years, earning top dealer status and then profitably selling them. I then started a tanning business that led to my becoming partner in L.A. Tan, one of the largest privately held tanning salon chains in the nation with 180 locations.

In 2010 I founded the Amhurst Asylum. This former ‘psychiatric hospital’ won best new haunted house by HauntedHouseChicago.com that year. In 2013, it was voted number one ‘Official Haunted House Chicago Top 13’ from 118 haunts in the Midwest.

My team is now intent on a similarly successful path for AuctionsByCellular.

AuctionsByCellular’s biggest competition is BidPal, mainly because they have raised millions in venture funding (ABC is bootstrapped) and have been around for longer. However, we were first to market with the concept of mobile bidding—the ability to bid on items and get real-time text alerts right on your own phone, from anywhere in the world. Despite being bootstrapped, we outperform them in every market where we go head-to-head because we offer a superior product and better customer service. We know this because we spend almost nothing on marketing, relying primarily on word-of-mouth. We have over 100 client testimonials on our website.

The fact that we send a well-trained team to every event also differentiates us from our competitors. Our competitors may offer online auctions, but nobody combines technology with a team of fundraising event professionals the way we do.

For many of our charity partners, they may have an entire year’s worth of funding on the line in one single evening. We combine our team and technology to make it so easy for our charity partners to do these everything-is-on-the-line fundraising events, that they come back to us again-and-again.

In terms of technology, the reliability of our service is unmatched. Our Java backend is rock-solid, hosted on AWS and has never gone down in any of the thousands of events that we annually host across the country. Internally, we refer to our server stack as ‘The Ferraris.’

We are the only auction web application that delivers instant item and bid updates without needing a browser refresh, or having to install any apps or software. Auction participants can use any Internet-connected device (phones, tablets, laptops, TVs, phablets)—or even bid-by-text from their old flip phones.

Nobody has run more mobile bidding events in the USA than ABC. We use that expertise to provide more than just technology, but truly a partnership where we go above-and-beyond to make events run more smoothly and bring in more revenue. We have helped our charity partners raise over $140 million in just over three years.

We sell and run flawless events for our clients. Our goal of making their lives easier, while raising more money, pays off. They’re willing to tell their non-profit friends. Additionally, attendees at our events often inquire. It’s a small circle and we have to continue to deliver.

We love talking to potential employee candidates; our people are what makes ABC great. We want to be everywhere our clients need us, but we realize it takes great people and time to accomplish this goal. 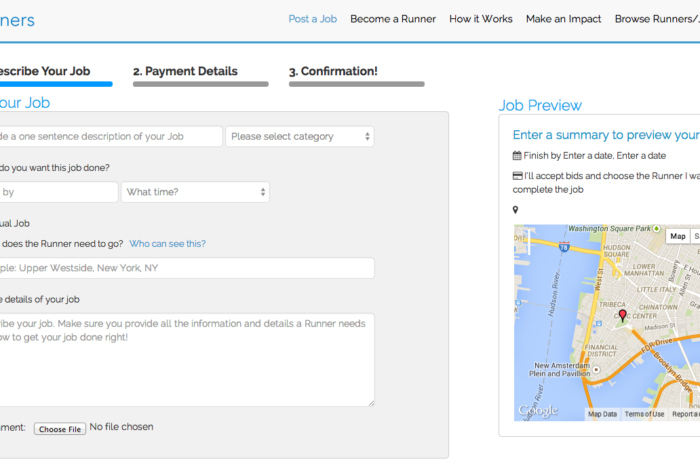 Featured Startup Pitch: Powered by its mobile tech platform, AuctionsByCellular has bootstrapped its way to big growth in the live charity auction business