A Q&A with Ovatemp co-founder and CEO Daniel Graf. The Newton, Massachusetts-based reproductive health startup last week announced its public launch out of beta. It was founded in 2012 by Graf and Ana Mayer. The team has raised $700,000 in Angel funding to this point.

Graf: Ovatemp is a fertile health platform. What makes us different from every other fertility tracker out there is that we’re not just a tracker. We can provide our users with custom-made plans for them to follow with recommendations that we know will work for their fertility profile.

The other component that sets us apart is that we’re building a complete seamless fertile health tracking experience with ONDO, an oral wireless basal thermometer that eliminates the need to record temperature manually every day.

SUB: Who do you consider to be your competition, and what differentiates Ovatemp from the competition?

What makes us very different is that instead of providing women with hundreds of different recommendations, adding stress to an already stressful situation, or giving meaningless ‘insights’—i.e.: “You’re on the fourth day of your period,” we give our users very specific and complete recommendations on how to improve fertility.

These recommendations are based on scientifically-proven techniques that include acupressure, meditation and lifestyle changes. Our programs are also powered by the YinOva Center, where they have helped thousands of women reach pregnancy naturally, or increased their chances of success when resorting to artificial reproductive techniques.

Moreover, we’re the only fertility tracking service that plans to include hardware as part of its solution.

SUB: You just announced your public launch. Was this a launch out of beta?

Graf: Yes. This was our launch out of beta.

SUB: What was the inspiration behind the idea for Ovatemp? Was there an ‘aha’ moment, or was the idea more gradual in developing?

Graf: There were two important ‘aha’ moments, both of which come from personal experience.

The first one happened out of the frustration of my wife while using an antiquated basal thermometer along with three different tracking apps to avoid pregnancy. One day she got tired of using that thermometer and said: “I wish there was a thermometer that paired with all of my apps so I don’t have to.” At the time, I was completing my MBA at Babson College, so I said: “Why don’t we do it?”

The second one was about a year later. We had been trying to conceive for a year without any success. It was after going through a miscarriage that we realized that just building yet another tracking app was a very incomplete solution to the problem. We realized then that our guidance needed to be much more comprehensive. From that realization stemmed our fertility coaching programs.

Graf: We filed a provisional patent, researched the problem using the idea as the subject for an MBA course final project that eventually became our business plan. I graduated, raised $100K in funding and got started.

Graf: Well it was simple, the Ova part came easily—it stands for ‘ovaries,’ and the ‘temp’ part stems from our idea to make a thermometer, which fits nicely given that measuring basal body temperature is so central to the technology.

Graf: Building the app; and getting ONDO cleared with FDA. Finding the right partners and people to work with was a significant part of the challenge. Getting ‘A’ types to work with you isn’t easy when you don’t have much cash.

Graf: We will generate revenue from two sources—with a monthly subscription for our fertility coaching programs, where for $29.99 a-month our users get access to their plans; and with ONDO, our wireless thermometer, which we plan on selling for $99.99 and expect to start a pre-sale sometime this year once the thermometer gets FDA 510(k) clearance.

SUB: What are your goals for Ovatemp over the next year or so?

Graf: We have three goals for the next year: Release our app in Android; continue growing our user base; get ONDO on the hands of our customers this year, 2014. 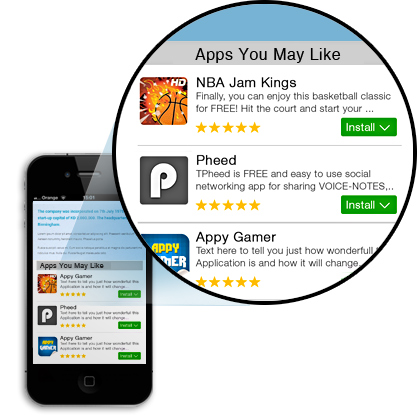 PumpUp’s social network for fitness enthusiasts launches out of beta