Nostalgia is an inherent part of the human condition. This becomes patently obvious the moment you take a glance around popular culture; TV programmes Stranger Things and The Americans are painfully popular with their heavy curtains and garish wallpaper

We have the best of both worlds, spoilt with the efficiency and speed of modern systems, but are drawn back to the comforting clunkiness of a bygone era. And for those who are hankering after a day in a stuffy arcade playing Pacman or Street Fighter, Playmaji have developed a console that can do just that.

The Polymega is the first game emulation unit that is capable of playing a huge variety of games, from old-school systems like the PS1 and Sega CD, as well as cartridge-based games like the Famicom. Touted as “the world’s most compatible game console,” by the official website, the unit is compatible with 30 different gaming systems, with over 9,000 playable games, and sells Element modules separately so you can choose which gaming systems you want it to play.

Sounds too good to be true? Gaming veterans Bryan Bernal and Eric Christensen, who have both worked with game-developing giant Insomniac Games, are behind the new gadget and if anyone can do it, it’s them. The unit is still in the pre-order stage but will start being shipped in 2019, with prices ranging from $279.99 for the basic console to $659.99 if you want all the extra Element modules as well as Polymega-created retro controllers for the full blast of nostalgia.

“We designed new classic controllers packaged with the element modules,” Bernal told TechCrunch. “You can have a retro controller ready to go. To allow the classic feel and emotion of the games to carry on into the future.”

However, it’s not just games consoles that are pushing to bring the 80s back into the modern day. Jago Studios, has also caught the retro wave and has reimagined the classic 80s trading card brand, Garbage Pail Kids (GPK) into a mobile game. They may be dismissed as passing fads, but for anyone who has hankered after a good game of snake on a long journey, they may last a while longer than that.

“Konbo is influenced by the Japanese arcade scene and, over there, old games weren’t removed and brought back in response to a trend – they never went away,” he said. “They were simply accepted as good games – no level of gimmickry or nostalgia involved, no more than we would treat a 20-year-old film or piece of music as a novelty.”

Retro is here to stay, and it’s up to the user if they’d rather re-live, or even just discover the array of old-school games on a high-tech console, or just download some apps on their phone. 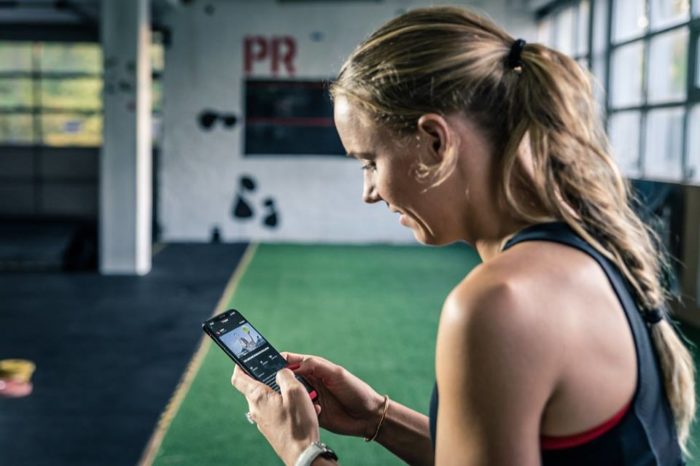