A Q&A with Shippable co-founder and CEO Avi Cavale. The Bellevue, Washington-based startup, which is a virtual build, test, and deployment environment in the cloud for developers, announced the completion of a $2 million Seed funding round earlier this month. Investors include Founders Co-op, Divergent Ventures, Madrona Venture Group and Vulcan Capital. It was founded earlier this year by Cavale and Manisha Sahasrabudhe.

Cavale: Our mission is to alleviate inefficiencies and blockers that surface during software development and help speed up the development process.

Containerizing the hypervisors—removing virtual machines—and setting up continuous integration—CI—to begin with is a great start that we have made. We are the first company to offer this and we are building a complete development workflow based on this concept

SUB: Who do you consider to be your competition, and what differentiates Shippable from the competition?

Cavale: Traditional application lifecycle management, or ALM, providers like Atlassian [and] Visual Studio are definitely on our radar. If we purely focus on CI service, offerings like CircleCI, Travis CI, and on-premise software like Jenkins would be competition.

We are the fastest build-and-test service on the market. We are three times faster than any of our competitors. In addition we are the first to offer containerized CI. We also have integrated tools and analytics which none of our competition currently support.

SUB: You just announced that you’ve raised $2 million in Seed funding. Why was this a particularly good time to raise funding?

Cavale: There is a market shift that is occurring with advent of Docker. We had to ride this trend and accelerate our efforts, which needed capital. Though Shippable was bootstrapped initially, it was time to get some help from institutional investors who understood this space. More than the money it was the syndicate of our partners at Founders Co-op, Madrona, Divergent and Vulcan that was important to us.

Cavale: We are expanding the core R&D team and also adding horsepower to our business development team.

SUB: What was the inspiration behind the idea for Shippable? Was there an ‘aha’ moment, or was the idea more gradual in developing?

Cavale: After working at Microsoft in various leadership roles, I decided to work as an SDE at a startup focused on an open source PaaS. After working there for six months learning the ropes of open source, I realized that both the app and the source code—GitHub—was in the cloud. But integration was happening on-premise with CI software. This was the opportunity that Shippable was initially founded. As we went about doing it we realized other things, which have morphed into something much bigger and larger than we thought initially.

Cavale: Customer acquisition plan was the most important thing. We are all engineers and we knew we could build it. Our customer acquisition strategy—which is pretty cool and a secret—gave the confidence that if we can build it, we will be able to get developers to use it.

Cavale: We initially started the company as ‘Qhode.’ It was a domain hack on the word ‘code’ and we were super proud about it. But after joining Techstars we got some brutally honest feedback about the discoverability and complexity of our name. We gave up our attachment and started looking for a name which was a super stressful process. My co-founder came up with ‘Shippable,’ as we are all about shipping code. Containers as medium for running applications also played well and we are the shipping lanes for software from dev to production.

Cavale: We are engineers and we have a tendency to build. Resisting that temptation and genuinely following the customer development process drilled into us by Andy Sack of Techstars was the hardest; but it was the best thing we did as we understand the customer much better than any of our competition in my personal opinion.

SUB: What are your goals for Shippable over the next year or so?

Cavale: Our immediate goal is get our product commercially available in Q1 of 2014. Beyond that, we have some great plans which we will be happy to disclose as we get closer to it. 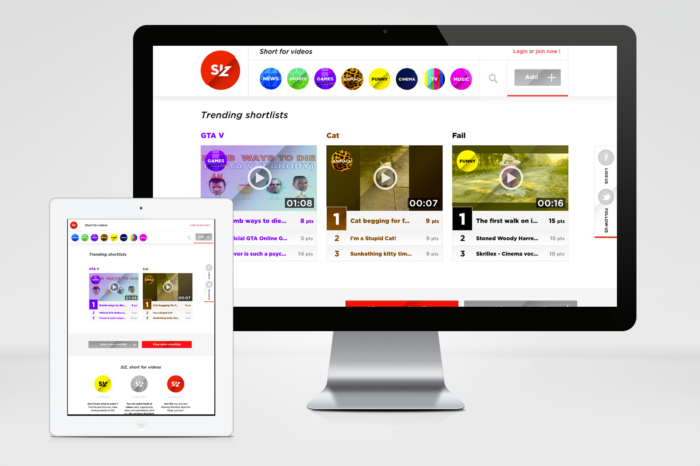