Rice and Beaudoin have worked together for more than 20 years, including the early formation of Einstein Bros. Bagels and as co-founders of HomeAdvisor. They took HomeAdvisor, formerly ServiceMagic, from concept to $250 million in annual revenues with more than 1,200 employees and were acquired by InterActive Corp. (IACI).

The team will launch the Waldo Photos platform in the coming months as the only photo-finding platform uniting consumers with every photo taken of them by others. Using Waldo, consumers will be able to enjoy life’s most memorable events knowing they will receive high-quality photos memorializing them – no longer resorting to selfie sticks and being distracted by trying to photograph the moment instead of living the moment. Images taken of Waldo users, whether by friends or professional photographers, will be automatically delivered to their smartphones. For professionals, Waldo will ignite the gig economy allowing professional photographers to monetize their craft in new and innovative ways and empower existing professional photography solutions to increase their sell-through rates.

“We believe Waldo can fundamentally change the way we memorialize our lives through photography. We created Waldo so users can toss their selfie sticks, keep their phones in their pockets and just live in the moment,” said Rice, CEO and co-founder of Waldo Photos. “For photographers, the Waldo platform enables them to market and sell their photos more efficiently than ever before – opening up endless opportunities.”

“Rodney and Michael are one of the best teams I’ve worked with in my career,” said Kara Nortman, partner at Upfront Ventures, the largest and longest-serving venture capital fund in Los Angeles with past investments including Maker Studios, TrueCar and Overture. “They’re one of the few who truly understand how to build large commercial businesses in complicated vertical marketplaces.”

Waldo Photos is a photo-finding platform empowering consumers to toss their selfie sticks, put their phones back in their pockets and live in the moment. Waldo is the only platform that removes all of the friction in getting photos of you taken by others and creates new opportunities for photographers to market and sell their photos. Users can enjoy life’s most precious events and automatically receive images taken of them right on their smartphones or share images of others they’ve taken without having to lift a finger – whether between friends and family or a professional photographer.

Upfront Ventures is the largest and longest-serving venture capital fund in Los Angeles having invested more than $1 billion since 1996 in companies such as Maker Studios, TrueCar and Overture. While Upfront is a national investment firm, it invests at least 50 percent of its capital in Southern California based technology companies from San Diego to Santa Barbara. 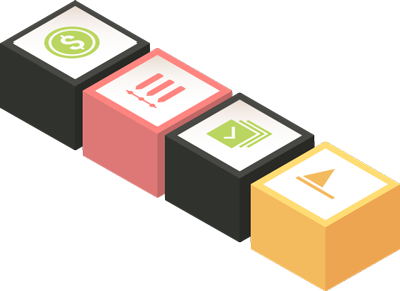