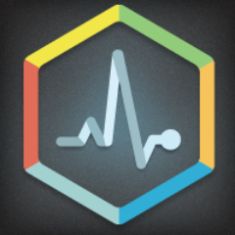 A Q&A with YourExtraLife founder and CEO Philip Barclay. The Quebec-based startup just launched version 1.0 of its mobile social challenges game. It was founded in 2012.

Barclay: YourExtraLife is a game for real life. It’s all about venturing out of your comfort zone and trying new things, inspiring your friends, and discovering inventive people. You complete creative real-life challenges by taking pictures, and you unlock harder and harder ones as the community validates your photos. We already released a total of 125 challenges for five different themes: romance, culture, nightlife, altruism, and gourmet; and a lot more are coming.

Our primary innovations are the content creation process and the gamification mechanics.

Barclay: The Millennials, especially the creative ones. We think they’re a perfect fit for a product like ours. They are looking to be mind-blown, they get bored easily and they like sharing. Plus, most of them own a smartphone.

Barclay: There are a couple of players having a similar offer, but none of them reached the mainstream market yet. We often get compared to Klash and OneFeat, which are two well-executed products with their own philosophy.

SUB: What differentiates YourExtraLife from the competition?

Barclay: We are into making people live meaningful and creative experiences; they are more into ‘jackass-ish’ and silly real-life challenges. We’re fastidious about every single detail. We also have one person who is working full-time on content creation, to make sure only the highest quality content gets in the app. Also, progression is really important to us, while it is almost absent in their products.

Barclay: It started with a leap of faith. We were young and naive, and we agreed to do whatever it would take to make this happen. We quit our jobs and we all moved together.

SUB: What was the inspiration behind the idea for YourExtraLife? Was there an ‘aha’ moment, or was the idea more gradual in developing?

Barclay: As young professionals, we quickly realized that every week was a copy of the previous one. We ate the same things, went out at the same places with the same friends, and listened to the same music. Nothing special really happened. Over time, we developed this idea of getting people out of their comfort zone, and make them try new things. It took about four months of part-time brainstorm to get the idea to something truly exciting.

Barclay: We were kind of bored with these trendy startup names à la ‘challengely’ or ‘challengr.’ We wanted something meaningful that would really express the personality of our idea: adding an extra dimension to your life; ‘extra’ both means additional and extraordinary; creates a shock between your life and your ‘extra’ life; we liked how the name evokes video games.

SUB: You recently launched the first version of the app to the public. Why was this the right time to launch?

Barclay: There is no right time. The sooner you get feedback, the better; although getting a product out during the summer, when everybody has a bit more free time, might be a better launch context for an app like ours.

Barclay: We raised a small seed round with investors and advisors from Quebec City.

SUB: In terms of limited resources, is that a function of where you are located, or the fact that it is typically difficult for early-stage startups to access necessary resources, or something else?

Barclay: Most early-stage startups have to deal with having really limited resources. The reality is: you have to constantly make compromises on your big vision. It’s slower than expected, it’s uglier than expected, it doesn’t have all the super cool features you think about in the shower, and you don’t have that marketing budget to A/B test a bunch of interesting channels. You just have to iterate on your idea and never stop.

And of course, being far from any startup ecosystems doesn’t help with outside resources. Most people don’t take you too seriously because you’re not part of the cool kids from any hyped startup scenes. The real upside of being in a cloistered house is hardcore focus. You can work for weeks without any interruption. In the early days, I think this is mandatory.

Barclay: Our goal is to create value for any brand that wants to sponsor emotions lived through challenges. In the long run, we want to become a high-result marketing platform.

SUB: What are your goals for YourExtraLife over the next year or so? 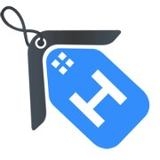