A Q&A with Thomas Hazel, Deep Information Sciences founder, CTO, and chief architect. The Boston-based Big Data startup closed an $8 million Series A funding round earlier this year from Sigma Prime Ventures, Stage 1 Ventures, and AlphaPrime Ventures, and has since rolled out its flagship product, DeepSQL. It was founded in 2010 and has raised $18 million to this point.

Deep is on a mission to fundamentally change and vastly improve how the world relates to the growing data deluge. To do this, we completely reimagined the computer science underlying all modern databases—science that was originally created in the 1970s to handle much more straight-forwarded and limited data sets running on much less powerful computers. Our new, patented database science is called CASSI (Continuous Adaptive Sequential Summarization of Information), and it underlies our primary offering, DeepSQL.

DeepSQL is a NewSQL database built on an evolutionary kernel-level architecture and orchestration system that leverages machine learning to exponentially accelerate database performance, speed and scale. With Deep, New Economy businesses can easily grow to meet their customer demands by significantly reducing the time and complexity needed to deploy, scale, manage, and analyze data. DeepSQL is deployed as a plug-and-play system that dynamically responds and adapts to changing business application needs. It enables MySQL to easily adapt, accelerate, and scale to unprecedented levels, with minimal cost and zero disruption.

Our target market includes any business that wants to use its growing data to drive innovation and improve competitive advantage, from New Economy startups to established enterprises.

Specifically, our users include four main types: 1.) Line of business owners that want to accelerate their business’s ability to proactively meet market demands at minimal cost, by eliminating database performance issues, simplifying and scaling infrastructure, and reducing the time and volume of change queues that slow market capture and stifle innovation; 2.) developers who benefit from orders of magnitude—faster query performance, database reloads, and the ability to easily scale to billions of rows; 3.) database architects who no longer have to spend inordinate amounts of time constantly calibrating databases for the job at hand, and who can have all changes made without taking databases offline and interrupting business operations; and 4.) data architects who can now easily deploy, maintain, and scale their infrastructures while reducing complexities and cost.

In terms of our target markets, these include five main areas: 1.) OEMs like Symantec, HP or ScienceLogic as together we can accelerate cloud migrations, offer faster service at a lower cost, reduce Amazon hosting costs, and better scale appliances; 2.) service providers like Acquia, SugarSync, ServiceNow and IBM who, with DeepSQL, can improve margins and customer experience, increase performance at large scale, and cut costs; 3.) enterprises like United Natural Foods, ESPN, Rue La, and Wayfair who can improve end user experiences, reduce capital costs, and extend scalability of existing applications; 4.) community developers who can achieve better performance and lower administrative costs with accelerated development cycles; and 5.) marketplaces like Amazon, Heroku, and IBM that can offer better price and performance with DeepSQL than existing marketplace solutions.

Who do you consider to be your competition?

There are a number of vendors focused on wringing the last bit of performance out of the legacy science underlying today’s databases. However, the performance and scalability gains they can deliver are limited by the science and are minimal compared to Deep. Our biggest competitor is the lack of awareness since database professionals have had no reason to believe that performance, scale and adaptive capabilities like DeepSQL delivers are possible.

You announced back in April that you’ve raised $8 million in Series A funding. Why was this a particularly good time to raise more funding?

Business success increasingly depends on how companies leverage vast and ever-growing amounts and sources of data. However, unless businesses can quickly and easily ingest, query against, and analyze data, they won’t be able to fully benefit from it, or reach their potential. Companies of all sizes are grappling for a solution, but existing approaches all fall short. This has created an enormous opportunity for Deep’s innovation, and as our investors realize, the timing couldn’t be better.

How are you using the funds?

Now that we have launched DeepSQL, we’ll be using the monies to build out our sales, marketing, and development initiatives as we aggressively go-to-market.

What was the inspiration behind the idea for Deep? Was there an ‘aha’ moment, or was the idea more gradual in developing?

Prior to founding Deep Information Sciences, I was working on a project that required a super-scale, ultra-high performing database. I was quite familiar with databases, having sold one to Oracle in the past. I looked into all the new technologies that claimed to supercharge MySQL, but none of them were able to perform or scale to the extent I needed. Then, I did have an ‘aha’ moment. I realized that, rather than tweak existing science, I could take a whole new approach to databases. ‘Eureka’ came when I realized the ‘big bang’ theory of expansion could be applied to big data. I conducted logic, thought experiments and came up with completely new math, which I call CASSI. And then I spent another four years putting CASSI to work in what eventually became DeepSQL.

I’ve been working on the new math for over ten years. About four years ago I found a company with some additional technology that would really accelerate bringing this new science to market. I joined the company and assigned the IP. We renamed the company to Deep Information Sciences and accelerated the productization of the new foundation for databases.

How did you come up with the name? What is the story or meaning behind it, and what differentiates Deep from the competition?

We named the company ‘Deep Information Sciences’ to reflect the fact that we developed a fundamentally new computer science for databases, one that goes much further than the legacy ‘tree-based’ science allows. Companies can dig much deeper into their data and their data infrastructures, and realize orders of magnitude more extensive benefits.

Deep takes a completely different approach than all other vendors, who are focused on eking out the last bits of performance from existing database science. Our CASSI approach, which is the only database science that uses adaptive machine learning and predictive math, enables us to achieve results that are exponentially greater than current database technologies, so companies can fully participate in the Big Data world.

Finding the right management team with the expertise needed to turn what we believed was a breakthrough solution into a successful company. With our new CEO, chief strategy officer and VP of sales—who are all proven at growing disruptive startups and technologies—working closely with me and our heads of product management and customer solutions, I believe we finally have the team needed to fuel and manage our growth.

We decided to make DeepSQL free for development and testing, and for companies with less than $1 million in revenue, to help seed the market. Enterprises generating $1 million-plus annually will pay per instance and storage. Our goal is to make DeepSQL affordable to the masses and generate revenue based on volume of use. Based on the interest we’ve been getting since launch, we’re bullish on our prospects.

What are your goals for Deep over the next year or so?

Education and sales. We need to educate the market that it’s easy to make their databases actually perform at Big Data scale and performance, without hassles or large capital expenditures, and we need to drive sales of DeepSQL. We currently have a solution that works with MySQL and Percona Server, and will be coming out with solutions tuned to other popular databases starting in the next few months. 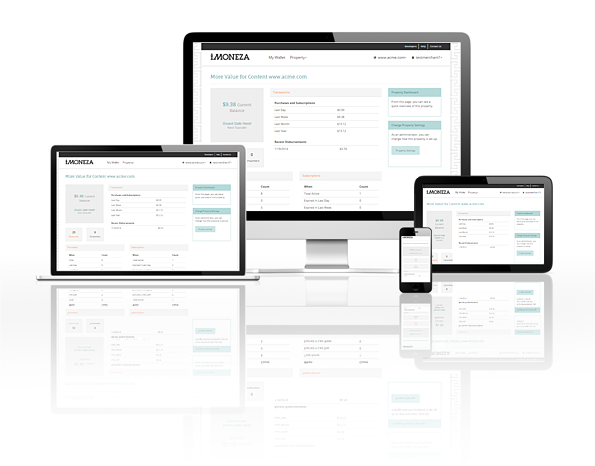 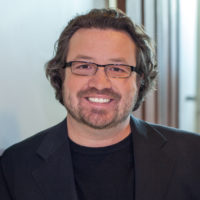